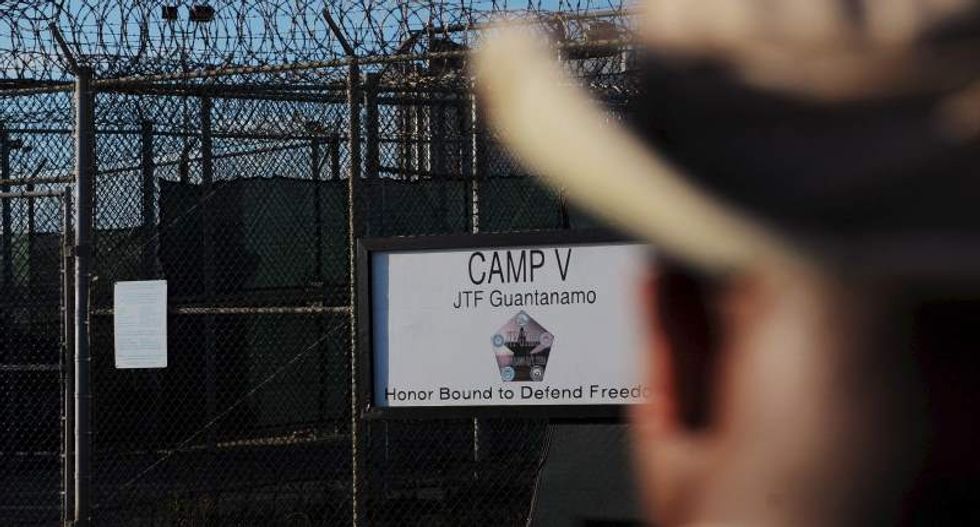 The outside of the "Camp Five" detention facility is seen at U.S. Naval Station Guantanamo Bay on Dec. 10, 2008 in this pool image reviewed by the U.S. military. (Reuters/Mandel Ngan/Pool/Files)

The Pentagon plans to transfer about a dozen inmates of the Guantanamo military prison to at least two countries that have agreed to take them, a U.S. official said on Wednesday, the latest move in President Barack Obama's final push to close the facility.

The first of the transfers are expected in the next few days and the others will take place in coming weeks, said the official, who spoke on condition of anonymity. Among them will be Tariq Ba Odah, a Yemeni man who has been on a long-term hunger strike and has lost about half of his body weight.

There are now 91 prisoners at the U.S. naval base in Guantanamo Bay, Cuba. Most have been held without charge or trial for more than a decade, drawing international condemnation.

Obama, who last month presented Congress with a blueprint for closing the prison, is seeking to make good on his long-time pledge before he leaves office in January. But he faces stiff opposition from many Republican lawmakers, as well as some of his fellow Democrats.

The Pentagon has notified Congress of its latest planned transfers from among the 37 detainees already cleared to be sent to their homelands or other countries, the official said. U.S. officials have said they expect to move out all members of that group by this summer.

Obama’s plan for shuttering the facility calls for bringing the several dozen remaining prisoners to maximum-security prison in the United States. But U.S. law bars such transfers to the mainland, and Obama has not ruled out doing so by use of executive action.

"I do not have a timeline on when particular detainees will be transferred from Guantanamo," Commander Gary Ross, a Defense Department spokesman, said in a statement. "However, the administration is committed to reducing the detainee population and to closing the detention facility responsibly."

The most prominent of those to be resettled over the next several weeks is Bah Odah, a 37-year-old Yemeni who has been force-fed by nasal tube since he stopped eating solid food in 2007.

His weight had dropped to 74 pounds from 148 and his legal team feared he could die of starvation, according to an account in a Reuters report at the end of December.

Lawyers for Ba Odah, who was cleared for transfer in 2009, had tried unsuccessfully to win his release on health and humanitarian grounds, but Pentagon officials said he was receiving proper care.

The plan to resettle about a dozen inmates was first reported by the Washington Post. The U.S. official declined to name the countries ready to take them in.

Ten Yemeni men were sent to Oman in January. Others were recently sent to Ghana, Bosnia and Montenegro. The Obama administration has ruled out sending Yemenis, who make up the bulk of the remaining prisoners, to their homeland because it is engulfed in civil war and has an active Al Qaeda branch.

Guantanamo prisoners were rounded up overseas when the United States became embroiled in wars in Iraq and Afghanistan following the Sept. 11, 2001, attacks on New York and Washington. The facility, opened by Obama’s predecessor George W. Bush, came to symbolize aggressive detention practices that opened the United States to accusations of torture.