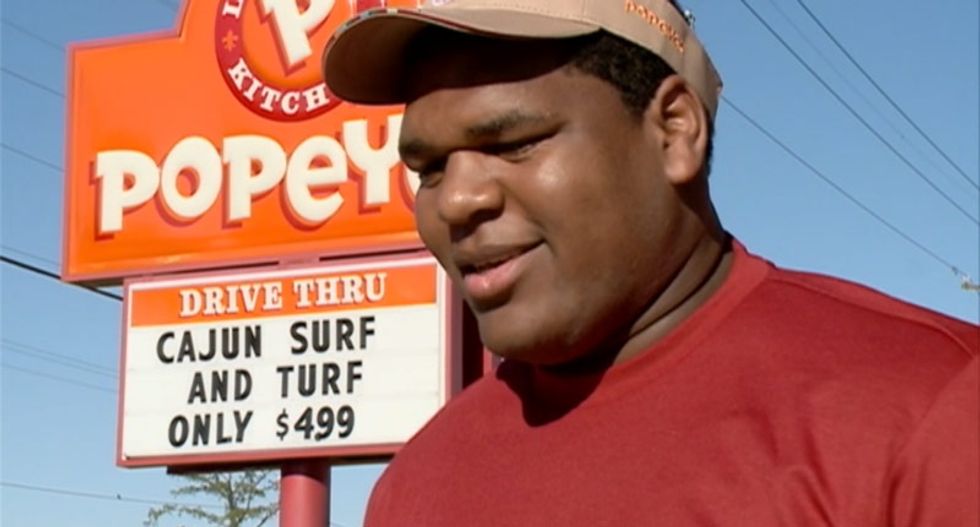 A teenager in New Orleans has given us all some good news to think about, after he was present during a robbery at a Popeyes chicken.

18-year old Devin Washington was at the Popeyes for a job interview, when an assailant reached into the cash register, then grabbed the money and ran in a quick escape attempt.

The manager quickly ran to block the robber's exit. And then Washington, a high school football player, got up and held the robber's arm behind his back, keeping him there despite his efforts to resist the hold.

"He was trying to put up a fight with me, and I was just holding him there."

After that, they obviously hired him.

Watch this report from the local NBC affiliate.