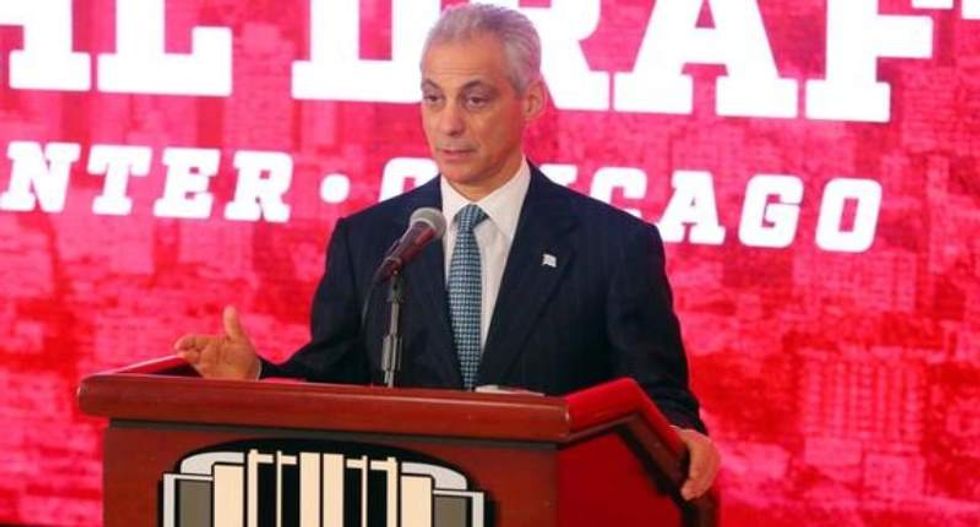 A veteran Chicago police supervisor who did not even apply for the job will be named interim police chief on Monday by Mayor Rahm Emanuel, who rejected finalists chosen by a civilian board as he tries to rebuild trust in a department facing a federal investigation and racism accusations.

Eddie Johnson, the 55-year-old black head of the police department's patrol division who grew up in a city housing project, will be named acting superintendent at a news conference at 3 p.m.. Local media said Emanuel hoped to give him the job permanently after complying with hiring rules.

Emanuel's spokeswoman, Kelley Quinn, declined to address why the mayor chose an internal African American candidate who had not applied over one who had or why the mayor had not encouraged Johnson to apply in the first place. She said the mayor would answer those questions at the press conference.

Emanuel's decision underscores the political sensitivities in naming a successor to Garry McCarthy, who was ousted as superintendent in December after days of protests over a white officer's shooting of black teenager Laquan McDonald.

The city delayed for more than a year the release of video that led to first-degree murder charges against the officer, prompting calls for Emanuel's resignation. The Democratic mayor, who was re-elected last year, has vowed to complete his second four-year term.

In the aftermath of the protests, the U.S. Justice Department launched an investigation into Chicago police shootings.

At public hearings over choosing a new police leader, many Chicagoans said they wanted an African-American superintendent and expressed concerns about racism on the force and ineffective discipline after police misconduct.

Of 405 people shot by Chicago police over the past eight years, 74 percent were black. The city's population is about one-third black.

The Chicago Police Board picked three finalists, including a top administrator with the Chicago police, and two of them are black. Johnson had not applied.

"While each of the finalists had strong qualifications, the mayor did not feel that any of them were the complete package that Chicago needs at this time and thus none were offered the position," Emanuel's spokeswoman Quinn said.

Emanuel concluded only an insider could restore the trust of African Americans after the release of the video, the Chicago Sun-Times reported, citing unnamed sources. The last two chiefs came from outside.

Johnson is a Chicago native who lived until age 9 in the Cabrini Green housing project, joined the police department as a patrolman in 1988 and has held several supervisory roles. The mayor's office said he has a strong track record in fighting crime and has received a number of policing awards.

The law requires Emanuel to pick a candidate recommended by the board. Local media reported he will comply with the law by asking the board to conduct another search and encourage Johnson to apply.