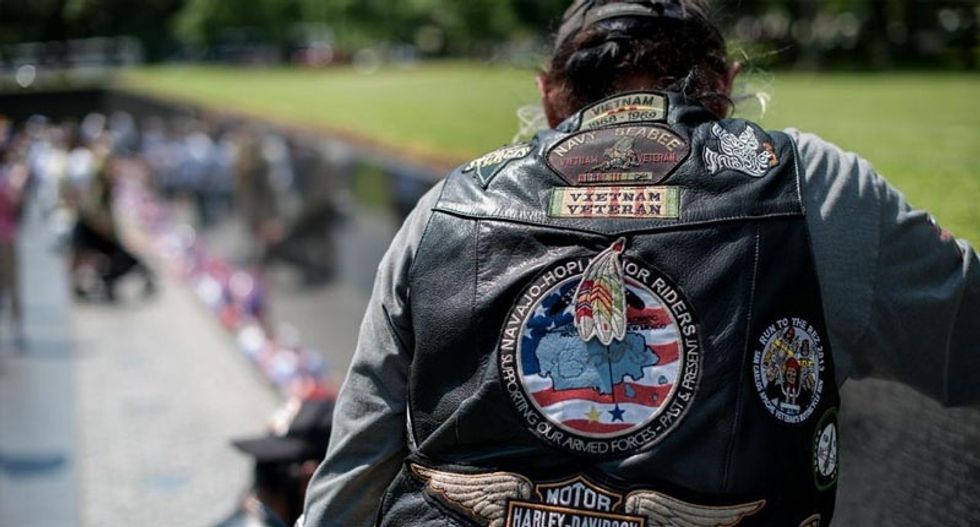 More than two decades of studying Agent Orange exposure hasn't produced a solid understanding of how the toxic herbicide has harmed Vietnam War veterans and possibly their children, according to a report released Thursday.

Additional research is long overdue, the report said, but the federal government hasn't done it.

Those are among the conclusions of a committee of researchers that, since 1991, has been charged by Congress with reviewing all available research into the effects of Agent Orange, which the U.S. military sprayed by the millions of gallons in Vietnam to kill forests and destroy enemy cover.

Over the years, the biennial reports produced by the committee have identified numerous illnesses linked to the herbicide, in some cases leading the Department of Veterans Affairs to extend disability compensation to thousands more veterans.

But in its tenth and final Agent Orange report -- with most Vietnam vets now well into their 60s or older -- the committee concluded there's still much to learn and not enough research underway, especially related to potential health consequences for the children and grandchildren of veterans who were exposed.

"Although progress has been made in understanding the health effects of exposure to the chemicals," the committee members wrote near the end of the 1,115-page report, there are still "significant gaps in our knowledge."

Some 2.6 million Vietnam veterans were potentially exposed to Agent Orange, which contained the chemical dioxin. Calls from veterans to extend the research committee's work for at least a few more years have so far gone unanswered in Congress. The provision of the 1991 Agent Orange Act that established the committee expired last fall.

The panel, working under the auspices of the federal Institute of Medicine, reviewed scientific literature on Agent Orange released between October 2012 and September 2014 for its final review.

The committee members' parting thoughts about the lack of necessary research offered a wake-up call to a federal bureaucracy and researchers who have largely moved on from studying the health consequences of a war that ended 40 years ago.

Even in their final report, the researchers cited a new study of veterans from Korea who served in Vietnam, leading them to conclude that Agent Orange exposure may be linked to bladder cancer and hypothyroidism -- two conditions not currently covered by the VA. If certain conditions are linked to Agent Orange exposure, the VA assumes anyone with those conditions got them from their exposure and therefore makes them eligible for disability payments.

The decision over whether to begin compensating Vietnam veterans with those ailments rests with Secretary of Veterans Affairs Robert McDonald. The VA is not bound by the committee's recommendations, a point made clear in report's final pages. The researchers listed more than 30 past suggestions -- including calls for additional government-led studies -- that apparently haven't been pursued by the VA or other agencies.

"Some of the recommendations that we've made are not new, that's correct," said Kenneth Ramos, chairman of the committee and an associate vice president at University of Arizona Health Sciences. "Why it has taken as long as it has taken for some of these things to come to fruition, I don't know the answer to them.

"But rather than finger pointing," Ramos added, "I think it's important to emphasize that the VA has begun to recognize the importance of studying these issues and is taking action."

Following the release of the latest report, the VA has assembled a group of subject matter experts "to determine how the recommendations can be implemented to help improve the health and well-being of Vietnam Veterans," VA spokesman Randal Noller said in an email.

The report, according to Rick Weidman of Vietnam Veterans of America, underscores what he called "25 years of willful ignorance" on the part of the VA: "They've tried to undo anything and everything that might lead to further research into the effects of Agent Orange exposure," said Weidman, the group's legislative director. "They are sitting on a mountain range of epidemiological evidence -- not just for Vietnam guys, but the health records of every generation of veterans -- and they have simply refused to mine the data for the purposes of research."

Vietnam Veterans of America has long been at loggerheads with the VA over compensation and research relating to Agent Orange.

Weidman and his colleagues called on President Obama and VA secretary McDonald to immediately add bladder cancer and hypothyroidism to the VA's list of Vietnam service-connected illnesses. They also want the agency to add three other ailments -- hypertension, stroke and various neurological ailments similar to Parkinson's Disease -- which were tied to Agent Orange exposure in past committee reports but are still not covered by the VA.

It's not clear how many Vietnam veterans suffer from those conditions or how much it would cost to begin compensating them. The VA spent $22.4 billion to compensate Vietnam-era vets in fiscal year -- (the most recent year for which data is available), a figure that includes monthly cash payments, but not health care services.

As it concludes its work, the committee specifically lamented the lack of meaningful research into birth defects and other health problems in children of male veterans born after the war. For decades, Vietnam veterans have argued that their exposure has affected their children, but there's been little research on the matter and, as a result, no conclusive evidence.

That dearth of evidence led the researchers to reverse their previous position connecting spina bifida with a father's exposure to Agent Orange. No new research into the matter has been conducted since 1996, the committee wrote, even though recent rodent studies indicate it's possible that a father's exposure to toxins can affect sperm DNA and cause birth defects and other disorders later in life.

Heather Bowser, the daughter of a Vietnam veteran and co-founder of the Children of Vietnam Veterans Health Alliance, said she was disturbed by the committee's reversal on spina bifida, fearing the VA could move to take away benefits from those already receiving them. (The VA has not sought to do this in the past.) However she supports the committee's call for additional research, which she says is "long overdue."

Bowser's group advocates for thousands of members who believe their health problems are the result of their fathers' service in Vietnam.

With a new generation of troops now returning from war, the researchers also called on the VA and the Department of Defense to work together to better understand how wartime environmental exposures might affect future veterans and their offspring -- even if it's too late for those who served in Vietnam.

"One of the biggest challenges for the past 30 years as we looked back at all this data on Vietnam veterans has been the fact that the important data was never collected to begin with," said Ramos, the committee chairman. "Therefore, I think it behooves our society and our government to do whatever it takes to accumulate the relevant data so we can understand how veterans of future conflicts have been affected."

The Vietnam Veterans of America and other groups are calling on Congress to create a national VA research center to study the generational health consequences for veterans -- spanning all conflicts, from Vietnam to Iraq -- who have been exposed to toxic substances. A bill to do this, the Toxic Exposure Research Act, has 179 co-sponsors in the House and 40 co-sponsors in the Senate.

Weidman, who served a tour in Vietnam with the Army, said the report released Thursday proves the legislation is needed.