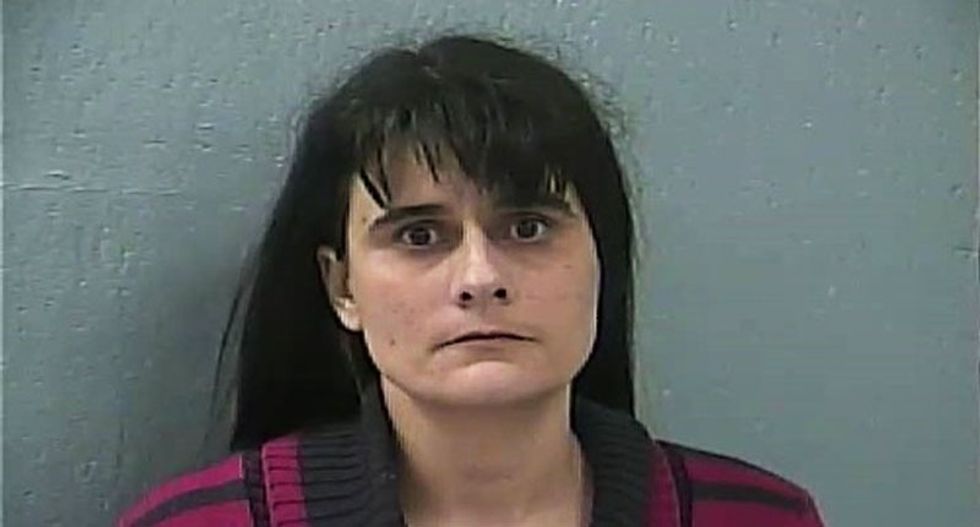 Facebook and Twitter posting of  Missouri woman who was arrested in February for threatening the lives of FBI agents in the name of ISIS reveal a woman with a penchant for conspiracy theories including chemtrails and a belief that childhood vaccinations are linked to autism.

Safya Roe Yassin, 38, was taken into custody in late February after she made multiple threats against President Barack Obama, published names and addresses of military members and threatened two FBI agents with the message "Wanted to kill."

According to The Daily Beast, Yassin had an extensive presence on social media with 97 Twitter accounts -- many using a variation of the name “Muslimah” (a Muslim woman) -- and a Facebook page with thousands of followers.

Despite that, neighbors and friends say that Yassin is a Christian, may have never met a Muslim in her life and is likely a lonely single mother looking for attention.

"She believes in Jesus Christ as her personal savior,” explained one of Yassin’s cousins. “I gave her her first Bible, and she still has that.”

According to an arrest affidavit, Yassin declared her allegiance to ISIS online, while tweeting, “The day is near when the #IslamicState uses the Jets & Weapons from the Kuffar against them. Insha’Allah,” under one of her aliases.

"The disbelievers used to be called ‘barbarians’ and described as ‘uncivilized’ — they can still be called barbarians, they are just dressed in nicer/cleaner clothes is all, and have modern day tools to act like uncivilized beasts and barbarians,” her last Facebook post reads. “What they see as backwards is worshiping Allah, women being modest and covering, shariah law and even Halal food is backwards to these barbarians.”

Before taking up the cause of ISIS, Yassin's Facebook account showed she was enamored with online communities discussing “vaccine damage” awareness, providing a link to a discredited report that stated there was a 20,000 percent increase in autism over the past 20 years. Additionally she worried about chemtrails --  a conspiracy theory positing that chemicals are pumped into the atmosphere by the government in order to control the populace.

According to family and neighbors, Yassin has a son with autism who she homeschooled after pulling him from a local school -- thereby increasing her isolation and plunging her into anti-vaccination speculation.

Family members also say her flirtation with ISIS may have stemmed from feeling ostracized after being told she looked like a Muslim --  born to a white mother and an Arab father who immigrated to the U.S. from Jerusalem.

“The real story is, she’s not a terrorist,” explained her aunt, Sandra Mick. “She retweeted and reposted what other people had posted, that’s the story. She’s never been outside this country. I doubt she’s even met a real Muslim."

In fact, Yassin convinced a friend to convert to Islam and that same friend notified authorities when her Facebook posting became more extreme.

Speaking with The Daily Beast, Audrey Alexander, a researcher at George Washington University’s Program on Extremism, noted that Yassin's postings might be confusing to other ISIS supporters due to her originality.

“She is questioning whether ISIL is the end of times army,” Alexander said. “That’s something that a lot of the community doesn’t necessarily latch onto, which is why we believe her views are quite well informed.”

She added, “I think this is one of the steps they had to take in the legal system to take her case farther and see if she’s a big threat. You can be sort of a nobody, and rise to a certain height online.”