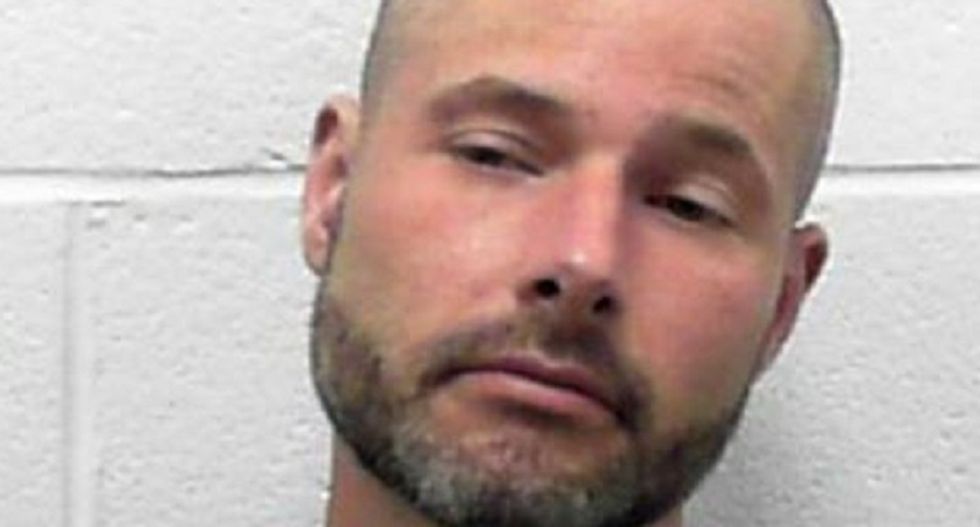 Thomas David Deegan, 39, was found guilty on one count of making a terrorist threat on Friday, after the 12-member jury deliberated for only an hour. He faces 1 to 3 years in prison and a fine of $5,000 to $25,000 when he is sentenced, in April.

Deegan, who represented himself in court, was accused of the plot, which he spoke about in a conference call that was recorded in September.

"The conversation was the actual crime itself,” prosecutor Jason Wharton told MetroNews. “The jury was able to hear the entirety of the conference call as well as some recordings from the regional jail and some other testimony.”

He told participants on the call to shoot anyone who resists them.

He said on the call that he wanted to bring a large number of people to the West Virginia capitol building in Charleston and overtake the building. Deegan denied the charges.

“It was one of 12 calls and was taken out of context," he said. "I have studied laws and I see where they are going wrong. I just find errors. I never called myself a sovereign citizen."

According to the Southern Poverty Law Center, Deegan intended to "remove several state government leaders from their offices, charge them with treason and replace them with sovereign citizens. After apparently setting up a sovereign citizen-style court system, those found guilty of treason would be put to death."

“We are at war,” Deegan said during one of the conference calls, according to the criminal complaint. “The more that come to Charleston, the less [likelihood] for bloodshed.”

He also said, "If you see the police coming and pulling up in a vehicle, I suggest you shoot them.”