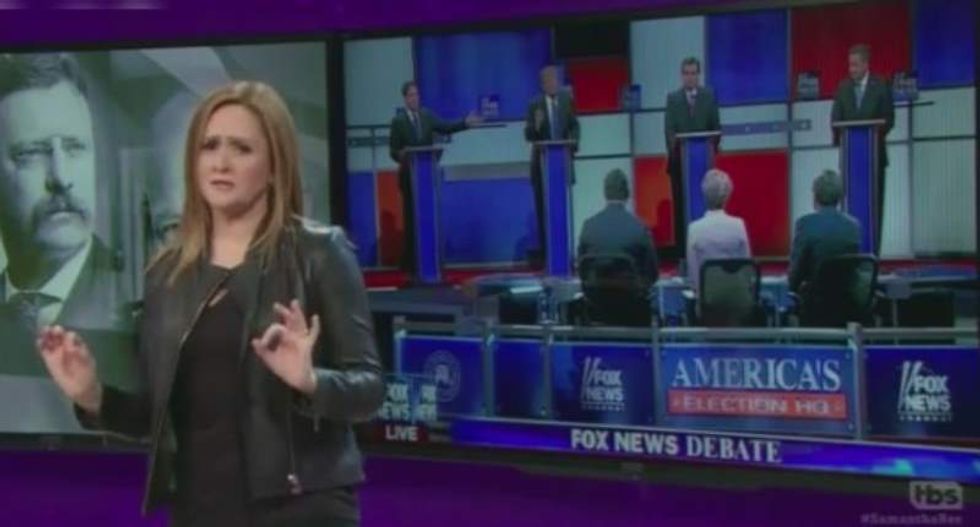 Samantha Bee gives the Republican Party a eulogy on 'Full Frontal' on March 7, 2016. (Crooks and Liars)

Samantha Bee opened Full Frontal on Monday with a eulogy for the Republican Party that turned into a roast, pointing to last week's GOP presidential candidate debate as a sign of the party's demise.

"I don't mean to sound sexist, but I think men are just too emotional to be president," she said after showing footage of Donald Trump taking potshots at various opponents.

The death throes started, she said, when Republicans realized that Trump was "doing to their brand what his a*shole son does to real elephants."

However, Bee said, the last time "[Romney] tried to stand between a charismatic guy and the White House, you got beat like a Muslim girl at a Trump rally."

Watch Bee's commentary, as posted by Crooks and Liars, below.