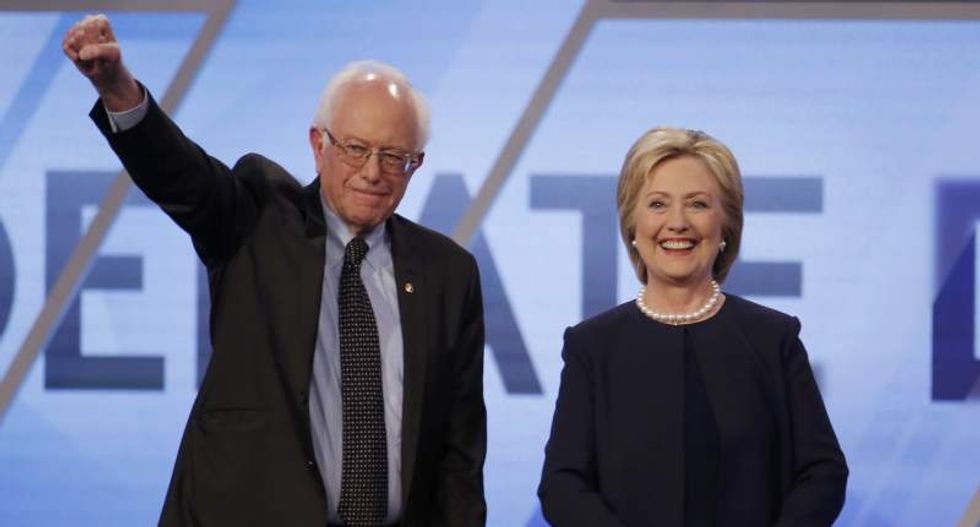 Democratic presidential hopefuls Hillary Clinton and Bernie Sanders sparred over who was more committed to immigration reform at a presidential debate on Wednesday night, but both promised they would not deport undocumented immigrants without criminal records.

Republican front-runner Donald Trump for his vow to round up and kick out millions of undocumented immigrants.

Moderators at the debate, which was aired by the Spanish-language network Univision and CNN, pressed both candidates on whether they would deport children of undocumented immigrants. Progressive activists have heavily criticized President Barack Obama's administration for a policy of deporting such children.

One of the evening's most dramatic moments came when a Guatemalan immigrant in the audience at Miami-Dade College asked a question in Spanish of both candidates, noting that her husband had been deported, leaving her and her five children behind.

“The essence of what we are trying to do is to unite families, not to divide families," responded Sanders, a U.S. senator from Vermont.

The issue of deportation, and particularly separation of families, has been a major question among communities of undocumented immigrants, with recent deportations ramping up those fears.

"I will do everything I can to prevent other families from facing what you are facing," Clinton, a former U.S. secretary of State, told the woman "and I will absolutely protect your children, yourself and try to bring your family back together."

Clinton also blasted Sanders for voting against a 2007 bipartisan immigration reform package. Sanders has said he voted against the bill because of a provision for guest workers, a program he again called "akin to slavery."

Sanders also used the immigration issue to blast Trump, who has called for deporting the estimated 11 million undocumented immigrants in the country.

“Look, in this country immigration reform is a very hot debate. I would hope very much that as we have that debate we do not, as Donald Trump and others have done, resort to racism and xenophobia and bigotry," Sanders said.

"His idea of suddenly one day or maybe a night rounding up 11 million people and taking them outside of this country is a vulgar, absurd idea that I would hope very few people in America support.”