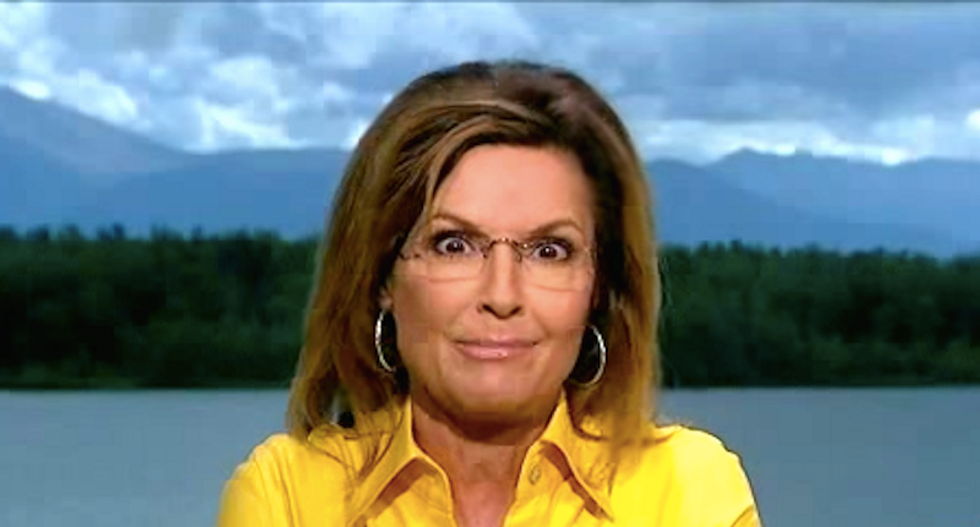 "Trump's favorables just rose again, as did the veil you willingly wore while being used by the corrupt political establishment who can't afford to lose their power in liberal D.C.," Palin posted.

Romney called Trump a phony, fraud and buffoon in his speech and accused the real estate tycoon and reality TV star of "playing the members of the American public for suckers."

Palin hurled insults back at Romney, the 2012 Republican presidential nominee.

"Your speech was so silly and contradictory it confirmed the reasons Trump received tens of thousands more votes than you did in your own home state that you governed," Palin said. "Silly man. Could the establishment really not find anyone credible in their holier-than-thou movement to spew the deception you regurgitated today on tv?"

Romney's speech was a gamble, because many Trump voters are as angry at establishment Republicans like Romney as they are at Democrats.

Palin seems to think the GOP's strategy to marginalize the party's frontrunner will destroy the party that nominated her as its vice presidential candidate -- a prospect she cheered.

"Independent, commonsense conservative patriots: now it's our time to ramp it up, to prove even more adamantly that our movement in this time for choosing is wisely chosen by those who know what's at stake for America," Palin said. "The political establishment's desperation is nailing its coffin -- obviously a good thing -- but we mustn't let the Alinsky tactics used to destroy our We the People movement go unanswered."

"His shoulders are broad, but Donald Trump must not carry this on his own shoulders," she added. "Thankfully, Mitt's anti-Republican Platform speech just strengthened our own. Americans' shoulders just got bigger and broader. Way to go, Mitt."