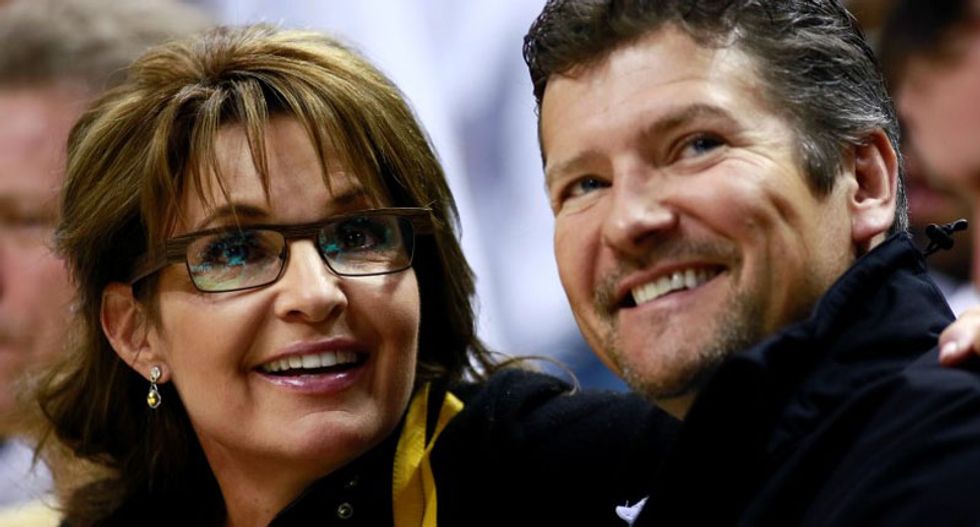 Palin, who has endorsed the Republican candidate, was scheduled to campaign for Trump in The Villages, Florida.

"Todd Palin was in a bad snow machine accident last night and is currently hospitalized," Trump's campaign said, referring to the vehicle also known as a snowmobile.

"Governor Palin is returning to Alaska to be with her husband and looks forward to being back on the campaign trail soon. Mr. Trump's thoughts and prayers are with the Palin family at this time."

Todd Palin was hospitalized in intensive care, a Palin aide said, adding that the former Alaska governor had been on the phone with doctors and family members all morning.

She had booked flights back to Alaska from Tampa, though she planned to stop at a scheduled town hall-style campaign event for Trump on the way to the airport, and would not travel to The Villages or Ohio as earlier planned, her aide said.

Todd Palin is a veteran participant in Alaska's 2,000-mile Iron Dog race involving snowmobiles that takes place each February, according to the race's web site. The contest features about 40 two-man teams. Palin has been on a winning tandem three times, most recently in 2007, race organizers said.