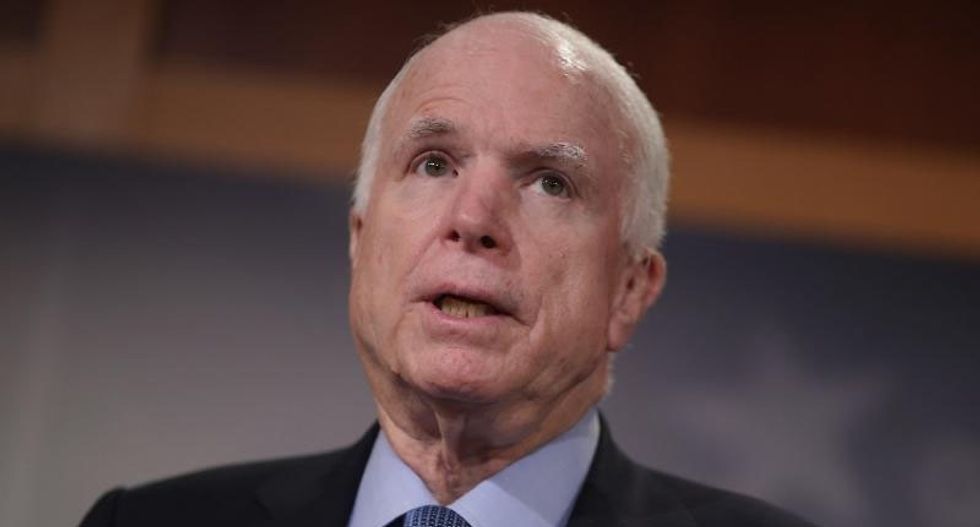 Senator John McCain, a Republican Party elder who ran against Barack Obama in 2008, decried Tuesday the contest for his party's presidential nomination that at times has devolved into childish taunts.

McCain, who chairs the Senate Armed Services Committee, said it was "disturbing" that candidates are trading personal insults instead of discussing matters of substance.

"I wish that every American could have heard your testimony today. Maybe we would have a presidential campaign that doesn't focus on the size of people's ears and whether they sweat or not," McCain said.

He was referring to some of the latest personal barbs traded between Donald Trump and Marco Rubio, after Trump said Rubio had "really large ears" and mocked him for sweating.

For his part, Rubio has insinuated that Trump might have wet himself during a debate, and drawn attention to the billionaire's "small hands" and his seemingly fake tan.

"It's disturbing," McCain said. "I wish every American could hear your assessment of the situation and maybe we would focus on some of these issues."

Americans were voting Tuesday in a pivotal day of nomination contests.

Trump is leading the Republicans and Hillary Clinton is the Democratic frontrunner.