Shock video: Phoenix councilman plots with pastors to change LGBT rights 'back to the way it should be' 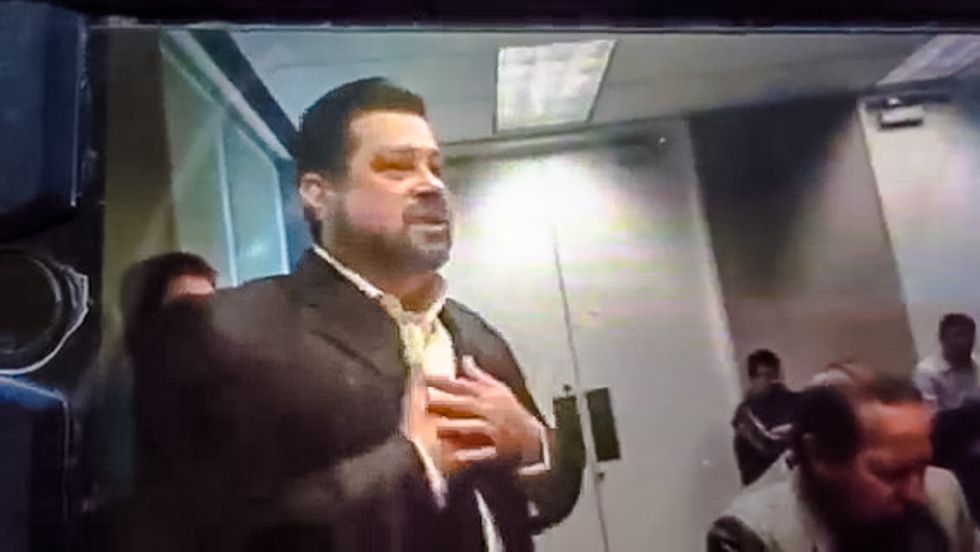 A Phoenix city councilman who was praised for his pro-LGBT rights stance has come under fire this week after video surfaced of him appearing to suggest that legal protections for gay and transgender people should be revoked.

In a video that began circulating on Tuesday, Phoenix City Councilman Michael Nowakowski (D) is seen speaking to a group of clergy members last month about a decision to remove prayer at council meetings after Satanists asked to participate.

“I never thought that this would happen at City Hall," Nowakowski laments. "I never thought I would see the day that men and men would be married. Or that people are allowed to go into the same bathroom as my daughter.”

“This world is changing, and it’s time for us to take the leadership and change it back to the way it should be,” the councilman adds.

Nowakowski had previously been on record as supporting both the city's non-discrimination ordinance protecting transgender rights and the 2014 court ruling that legalized same-sex marriage in Arizona.

"It is about an individual's right to be, live and love how they choose. As long as someone is a good community partner, I do not see the harm in celebrating individual choices," he said in a statement at the time.

In a statement this week, Mayor Greg Stanton said that Nowakowski's latest remarks did not reflect the views of the city of Phoenix.

“I am shocked that a councilmember who represents so many LGBT individuals in the heart of our city would hold such homophobic views," Stanton insisted. "I condemn these ignorant comments in the strongest terms, and hope and pray the councilman will open his heart and begin to appreciate the diversity of the people he represents.”