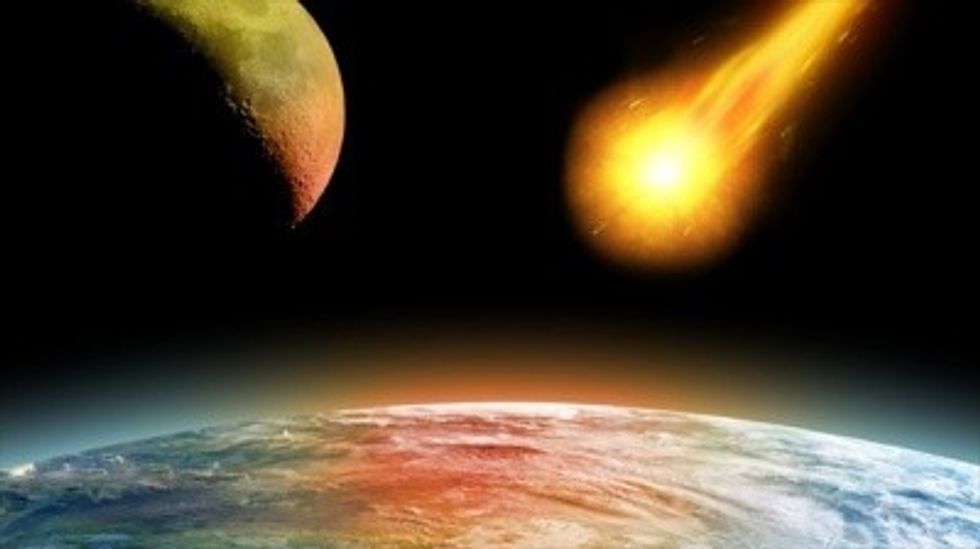 Evangelical pastors have warned that a combination of celestial events are a sign that the Earth will be destroyed by an asteroid on Tuesday.

According to End Times pastor Anita Fuentes and her husband Ignacio, reports that asteroid 2013 TX68 was going to arrive -- on the same day as a full moon and that some parts of the Earth would be able to observe a solar eclipse -- were the harbinger of doom for the planet.

On their Friday Internet broadcast, Ignacio Fuentes said that the world could end in "just four days" because NASA had predicted that the asteroid could come within 19,000 miles of Earth.

"This is a big deal," Anita Fuentes agreed. "This is three biblical events that are going to be taking place in one day... There will be a freak super moon, an eclipse and an asteroid. Which covers the sun, moon and the stars."

"This is crazy stuff," she added.

"The End Times are here," Ignacio Fuentes offered. "And it's the last hour, the last second. So, we have to pay attention to all this."

In fact, NASA spokesperson Laurie Cantillo told NBC News on Tuesday afternoon that 2013 TX68 had made it's closest approach to Earth at around 7 p.m. on Monday, and that the asteroid had safely passed without colliding with the planet.

Watch video of Anita and Ignacio Fuentes below.