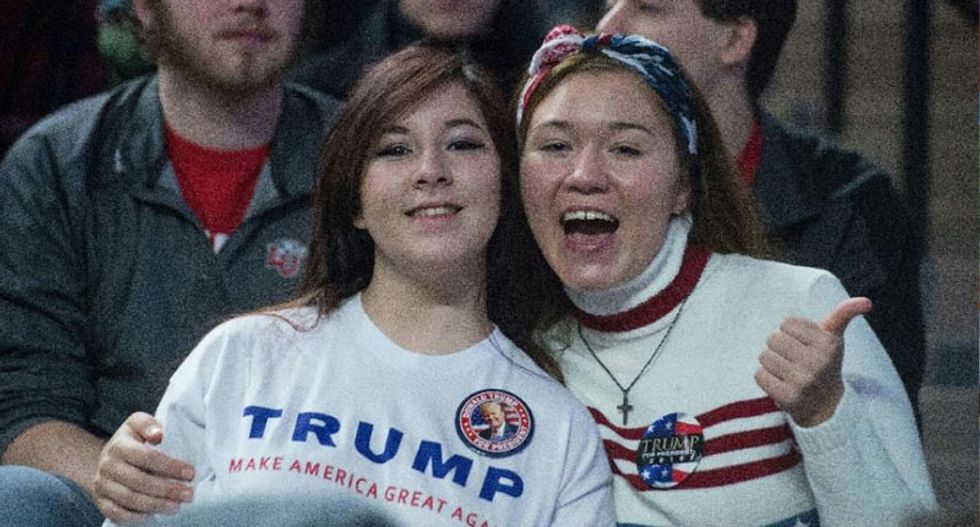 The insurgent presidential campaigns of Donald Trump and Bernie Sanders have been compared, with varying degrees of accuracy, by baffled observers from both political parties.

As Trump appears poised to snatch the Republican presidential nomination, it appears the coalition he's building is similar to what Sanders has built among Democratic voters.

The survey of 3,037 Internet users found that 45 percent of Trump supporters strongly support higher taxes on those who earn more than $200,000 a year, while 27 percent of them somewhat support those hikes.

The poll also found that 37 percent of likely Trump voters held a very favorable view of labor unions, and another 29 percent held a somewhat favorable opinion.

The participants were also asked to rank themselves and each of the presidential candidates as a liberals or conservatives on a scale from one, which was liberal, to five, which was conservative.

Sanders, the Vermont independent, was given a 1.9 average score by participants, with Democratic frontrunner Hillary Clinton slightly more conservative at 2.2.

Trump, however, was ranked right in the middle -- at 3.6, or slightly above the 3.0 designation for moderates -- while Marco Rubio was slightly more conservative, at 3.8, and Ben Carson came in at 3.9 and Ted Cruz at 4.1.

However, Trump voters held even more regressive views than Cruz voters on immigration and sexual harassment in the workplace.

Likely Republican voters who strongly believe immigrants threaten American customs and values backed Trump by a 60.1-to-15.6 margin over Cruz.

The Texas senator held a slight lead over GOP voters who strongly disagreed that immigrants threaten U.S. customs and values, but all other voters who viewed migrants with suspicion supported Trump -- and the support grew stronger with the certainty of their concerns.

Likely GOP voters tended to support Trump regardless of whether they agreed women who complain about harassment cause more problems than they solve -- although their support grew strongest among voters who strongly agreed with that sentiment.