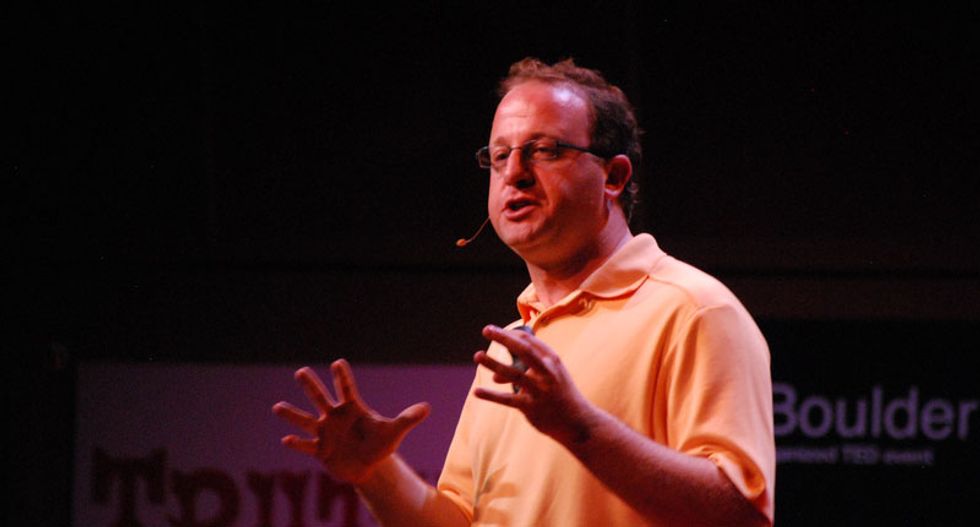 Colorado Democratic Congressman Jared Polis of Boulder didn’t pick the winner in his home state’s presidential caucuses this year. Not by a long shot. He’s backing Hillary Clinton who lost to Bernie Sanders by 19 points on the March 1 caucus night.

But, because of the way the system works, Clinton could still tie Sanders in Colorado when it comes to the superdelegate count.

Polis is a superdelegate because he’s a sitting congressman. And if you don’t think some Sanders supporters who felt the Bern on March 1 in Colorado are leaning on Polis in his capacity as a superdelegate— think again.

Just look at this note the congressman got with his recent takeout order from Native Foods: