SXSW panel: Sexual harassment and bullying in gaming cannot be dismissed just because it's online 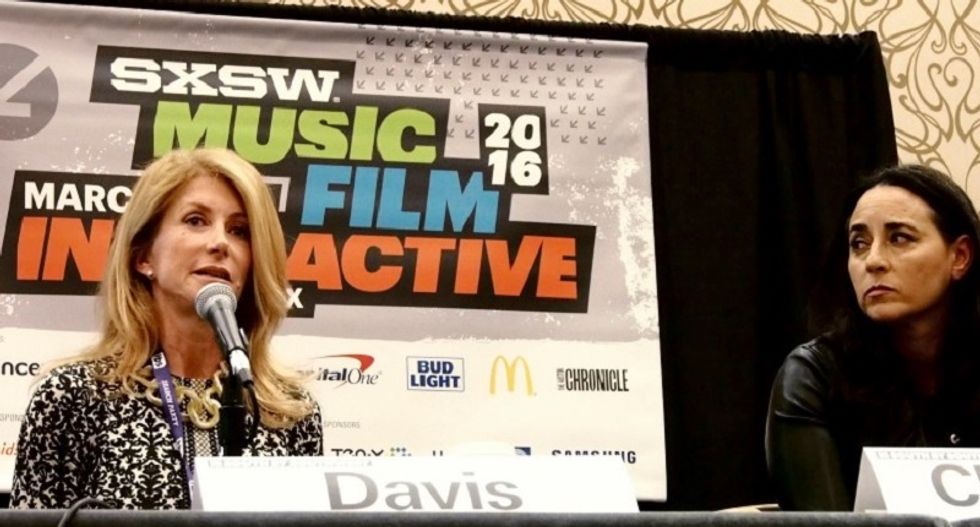 Online harassment and sexism is demeaning women and can no longer be brushed aside as an ugly side of social media and the gaming industry if they are to thrive, panelists on Saturday said at the South By Southwest (SXSW) tech meeting in Austin.

The gaming summit at one of the premier events on the global tech calendar had faced threats of violence, prompting organizers in October to initially suspend two panels on the subject. After facing a flood of criticism from online media firms, SXSW organizers reversed course and set up a full day of discussions on the subject.

The industry has become embroiled in a movement that has come to be known as "Gamergate" in which self-described video game fans have lashed back aggressively online at criticism about sexism in gaming culture. The movement came into general public view about two years ago.

Panelist Wendy Davis, a former Texas Democratic senator who lost a race for governor in 2014, said she has been a target of extensive harassment since rising to national fame in 2013 by staging an 11-hour filibuster to block an abortion restriction bill.

"It's really important for the women who were subject of that ... to speak up and speak out, and to name the fact that it's happening," she said in a session titled "Women in the Media and Online Harassment."

She said a flood of articles and comments were published about her personal life and appearance "that would not have even been a topic of conversation" for male politicians.

Online harassment is a pervasive but often hidden from view. According to Pew Research Center, 40 percent of Internet users have personally experienced harassment online, such as name-calling, sexual harassment and stalking.

Young adults are the most likely demographic group to be victims, while women are often treated unfairly and harassed, the center said.

"Let's all decide and agree that it's not playing victim to call it out when it's happening. Because if we don't, we empower it to continue." Davis said.

Security was tight in the venue where the summit was held, with bag checks required and police stationed in each room.