The Republican Party's impending implosion -- and its weird 52 year curse 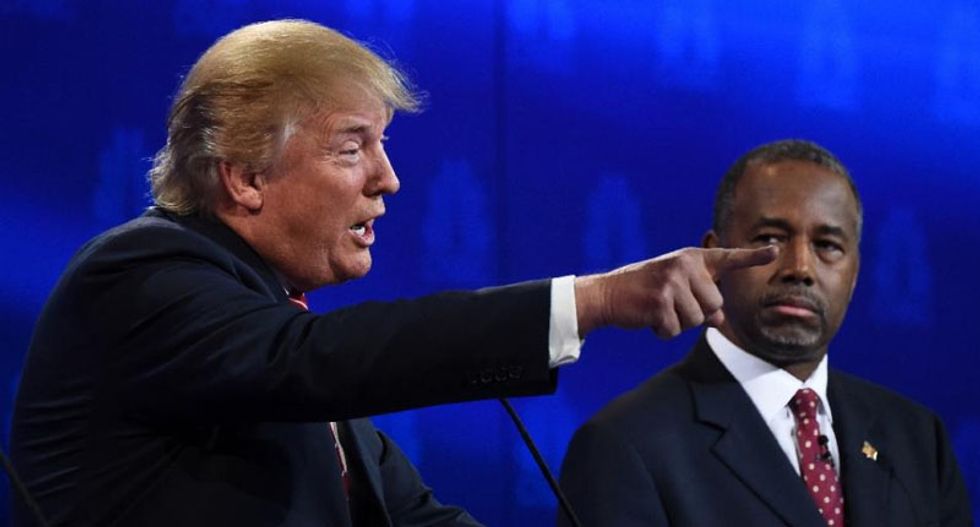 The Republican Party was born in 1854, and won national power and the Presidency with the election of Abraham Lincoln just six years later, in 1860.

Fifty-two years later, after winning the Presidency all the time except two losses to Grover Cleveland in 1884 and 1892, the Republican Party was badly split with the third party Progressive (Bull Moose) candidacy of former President Theodore Roosevelt in 1912, after he challenged his own successor, William Howard Taft, and failed to wrest the nomination of the party. The result was Democrat Woodrow Wilson won the Presidency in 1912, and squeaked by Charles Evans Hughes in 1916 for re-election. The progressive wing of the party, represented by TR, declined rapidly, and when the Republicans finally won back the Presidency in 1920, they elected President Warren G. Harding, generally regarded as the worst President of the 20th century, and quickly became the minority party in voter registration during the Great Depression under President Herbert Hoover, and failed to gain Presidential victories for the next half century until 1968, except for the popularity and victories of Dwight D. Eisenhower. The party has never since 1932 regained more registered voters in their party than the opposition Democrats.

Fifty-two years after 1912, the Republican Party split once again, over the candidacy of the most conservative nominee of the century, Arizona Senator Barry Goldwater in 1964, with many Republicans refusing to endorse him, and some actually backing the Democratic nominee, President Lyndon B. Johnson. The party was at its lowest point, with the worst popular voter percentage defeat in a two-way race in modern history. Four years later, due to the Vietnam War and the Civil Rights laws under Lyndon B. Johnson, the Republicans won the Presidency in 1968, but had a President, Richard Nixon, who became engaged in criminal activity and faced impeachment, finally resigning from the Presidency in disgrace. Only when Ronald Reagan won in 1980, did the Republican Party feel it had reached its modern Renaissance.

And now fifty-two years later, in 2016, it looks as if the Republican Party is about to implode for a third time, with the growing likelihood of businessman Donald Trump being the party’s nominee for President, despite having a history of very different views from the conservative base of the modern Republican Party, and encouraging discontent that endangers the Republican establishment. There are already indications that many Republican office holders and ordinary voters are ready to abandon Trump, as they did Goldwater in 1964 and Taft in 1912, and help to bring about a Democratic victory for the Presidency under either Hillary Clinton or Bernie Sanders.

The question that arises is IF Trump’s nomination leads to an electoral disaster in November, and also leads to the Republicans losing the US Senate; seeing a narrowing of the US House of Representatives majority; and the evolution of a Democratic majority appointment Supreme Court for the long haul; will the Republican Party in its present form survive? Will we ever see another President elected under the Republican banner?

The Republican Party is facing an existentialist crisis, and while the party survived the massive splits in 1912 and 1964, there must be serious doubt that it can survive the present crisis, and return to power. We may be witnessing the demise of the Republican brand, as we knew it under Abraham Lincoln, Theodore Roosevelt, Dwight D. Eisenhower, and Ronald Reagan. The Republican Party could tear itself to pieces that will be irretrievable to put together again. The party may end up in the dustbin of history. How this will affect the long term future of political parties and American democracy is impossible, at this venture, to predict.