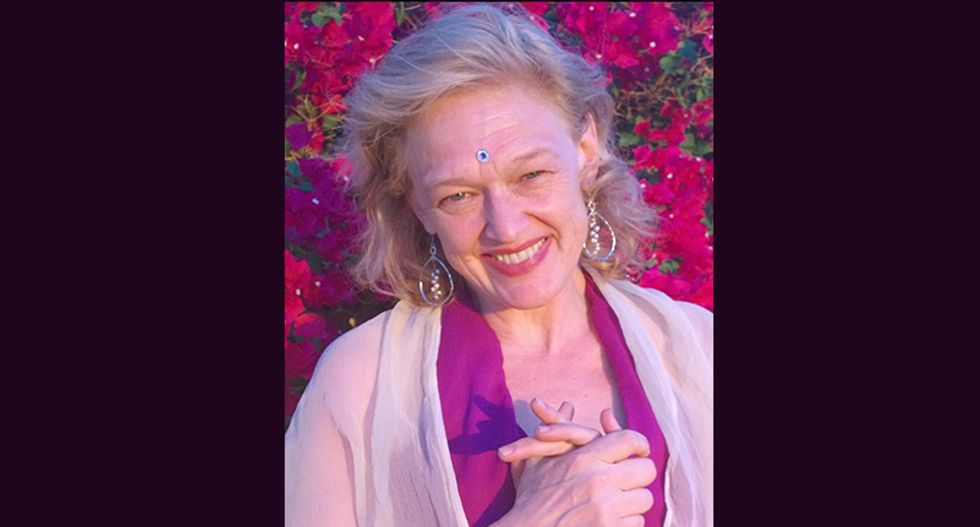 In a flowing fuchsia dress, matching fuchsia shawl and silver ballet slippers, Tracy Elise, the head of the Phoenix Goddess Temple in Phoenix, Arizona, was taken away in handcuffs. She didn't murder anyone or set up a hedge fund that crushed the retirement accounts of thousands of people. She ran a Goddess-focused temple to honor the natural healing and the sacredness of the body. Prosecutors said it was just a fancy excuse for a brothel, however.

According to the Washington Post, she was found guilty on 22 counts including money laundering and pandering (as in actual prostitution not what politicians do).

Elise offered spiritual sexual services to anyone who made a donation to her church, but the temple was raided by local police in 2011, and indictments were handed down to members of the organization for prostitution.

“Sexuality is natural, necessary, and a lot of it happens with ignorance,” Elise explained to the jury in her closing statement, the Phoenix New Times reported. “Please don’t let pornography and sex ed be the only thing people have.” Serving as her own attorney, she told the court that sexual healing was an asset to the community.

Deputy County Attorney Edward Leiter acknowledges the sacredness of the practice but that the defendant was still giving employees money for sex. Regardless of whether the sex was spiritual, it was paid for and fellow Deputy County Attorney Chris Sammons explained in his closing statements that it was what made it illegal.

Elise's business partner Wayne Clayton made a plea agreement to a lesser charge if he would testify against Elise. Leiter said that Clayton's role was to help survivors of sexual assault learn to be sexual again, but what he did ended up re-victimizing women.

Elise's website “Team Goddess Bless” as well as her Facebook Page, outline her journey throughout the trial and implored supporters to endorse her quest to convince the state that her religion was legitimate.

After the verdict Elise's son Ben Wade told the Arizona Republic that his mother would continue her ministry. “She is teaching women about the goddess,” he said, “and now she’s doing it wherever she’s at, which is in prison.”

Watch Elise in a video she uploaded last month holding an hourglass with orange sand to indicate the short weeks remaining until the end of the trial.