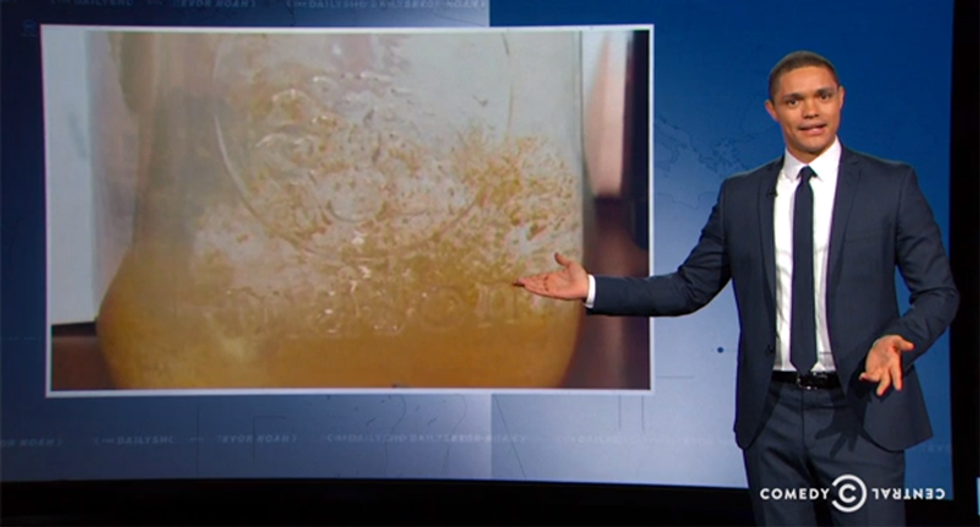 As many have reported over the last several months, Flint, Michigan isn't the only place in the country suffering from water problems. Flint was the place where the uprising began. According to Wednesday night's "Daily Show," we're now beginning to see other cities like Jackson, Mississippi, St. Joseph, Louisiana, and Hoosick Falls, New York, come out about poisoned water.

The one thing on Flint's side was timing."If you're going to have a massive lead poisoning problem, it turns out you might as well do it just before politicians turn out to earn your vote in an important presidential primary," host Trevor Noah said. "That's when you have leverage." Pretty much like the kid whose birthday comes just before she's testifying in her parent's custody proceedings.

Noah is happy that Flint is getting the help that they so desperately need, however, "everyone in this type of situation does. But that's the thing, Flint is not the only Flint. Right now America has more color in its water than its Oscars," he said. "Hashtag, WaterSoBrown."

In Jackson, the water is "safe to drink," but children and pregnant women probably shouldn't drink it. Which leads one to wonder how exactly that earned the rating of "safe to drink." In St. Joseph, Louisiana, their water has so much iron on it that the mayor fully admits he hasn't drunk the water since he returned to St. Joseph 23 years ago. "Can you blame him? That sh*t looks like Donald Trump's bath water. It's more like H2 oh, hell no!"

In Hoosick Falls, a local plastics factory is polluting the local water supply with the chemicals they use. To be fair, they are getting sick from the water, but Noah reminded the audience that the town is named Hoosick Falls.

Noah said that he thought the runup to the election was taking far too long, but now, over time, more and more cities can come out about their water issues. Hopefully, politicians can address them and we can corner more of them on fixing our national infrastructure.

Check out the video below