Trevor Noah: Trump's penis is huge -- and 'he's using it to f*ck the entire Republican Party' 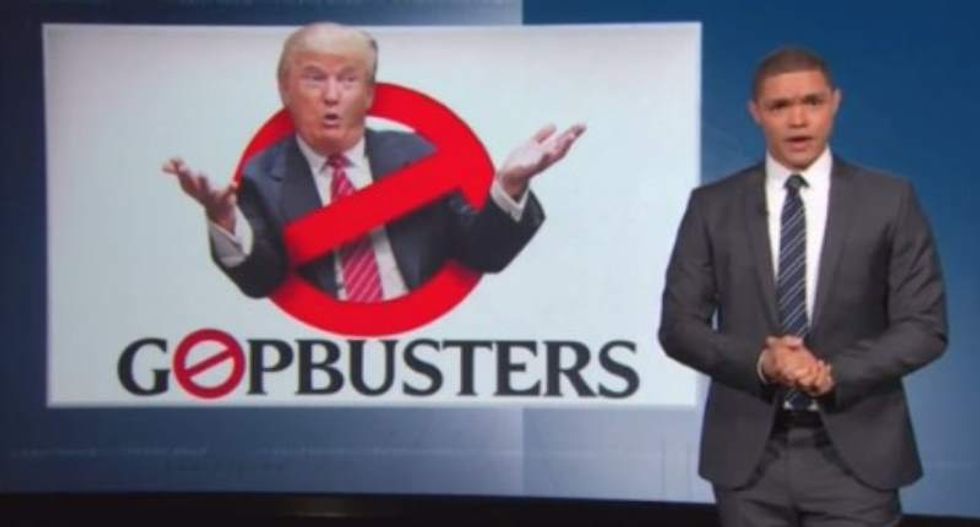 "I've gotta say, personally? I think it's huge," Noah said. "After all, he's using it to f*ck the entire Republican Party."

Noah showed footage of last week's Republican candidate debate in Detroit, during which Trump "reassured the American public" regarding his genitalia following a swipe by Sen. Marco Rubio (R-FL)

"The thing that people don't actually know is, it's someone else's huge penis and Trump just licenses his name on it," the host explained.

But Sen. Ted Cruz's (R-TX) victories in Kansas and Maine over the weekend, Noah argued, showed that Trump was "more of a grower than a shower."

Still, Republicans at this point are "praying for chaos" and hoping Trump's rivals can hang on as long as possible in an effort to stop him from accumulating enough delegates from cinching the party's presidential nomination. Noah pointed out that Rubio and his staff are working on a plan to upend Trump at the Republican National Convention if possible.

"Ah, democracy -- where every vote counts," Noah sighed. "As long as that vote doesn't go against the people who actually control the party, in which case they will disregard your vote, replace it with their vote -- and then, every vote will count."