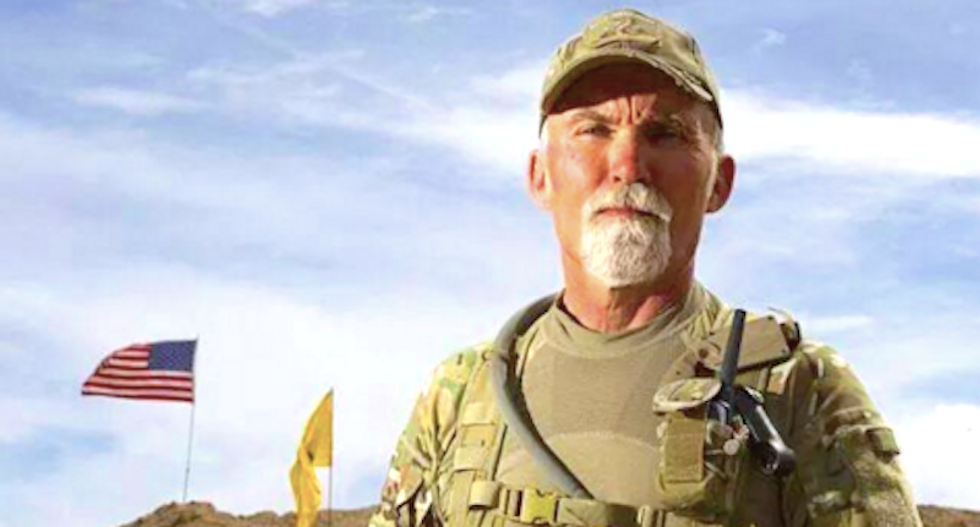 Jerry Delemus, the husband of a New Hampshire Republican lawmaker and co-chair of the state’s “Veterans for Trump” coalition, was arrested Thursday for his role in the armed standoff nearly two years ago at the Bundy ranch.

The Tea Party activist and outspoken Donald Trump supporter traveled cross-country in 2014 to take part in the armed standoff between Bureau of Land Management agents and Nevada rancher Cliven Bundy and his militia supporters in a dispute over unpaid grazing fees.

He was apparently the security team member who asked Jerad and Amanda Miller to leave the Bundy ranch just weeks before they gunned down two Las Vegas police officers.

Delemus also traveled to Oregon in January to take part in the armed occupation of the Malheur National Wildlife Preserve.

His wife, state Rep. Susan Delemus (R-Rochester) announced the arrest to the former chairman of New Hampshire's Republican Party -- who issued a call on Facebook for “all NH patriots to come together ASAP” to ”protest this tyranny in the most visible way possible.”

“She said that the FBI just rolled up with lots of vehicles and Agents who were in tactical gear,” posted Jack Kimball, the former GOP chair. ”They forced their way into Jerry Delemus and Sue’s condo with weapons drawn and arrested Jerry and took him away.”

Delemus and his wife have been quoted multiple times by local and national media about their support for Trump.

Susan Delemus gained a measure of fame after she declared every politician but Trump was lying to her through the television.

“We’ve got people in positions of power who I know for a fact are liars. Liars!” Delemus said. “I watch the TV — My president comes on the TV and he lies to me! I know he’s lying. He lies all the time.”

She also made news four years ago, when she angrily confronted state officials in an attempt to keep Obama off the ballot in New Hampshire, causing the assistant secretary of state to fear for his safety.

Most recently, Susan Delemus made news for siding with Trump in his feud with Pope Francis.

“The Pope is the anti-Christ," Susan Delemus posted on her own Facebook page. "Do your research.”

Jerry DeLemus switched over in July from Sen. Ted Cruz’s leadership team in New Hampshire, and instead backed Trump because he’s an “anti-politician.”

The failed candidate for "constitutional candidate" also organized the infamous rally where Trump failed to correct a man who called Obama a Muslim.