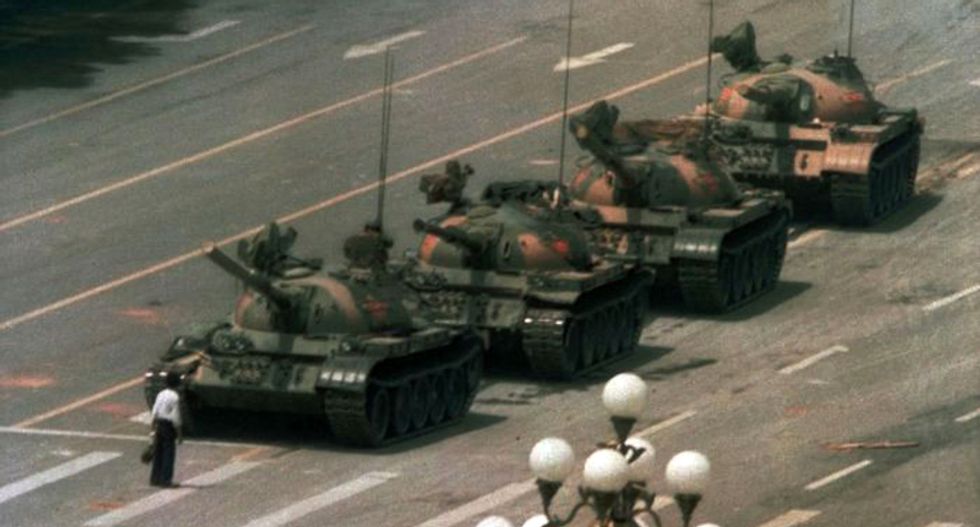 Donald Trump faced a backlash after he described the 1989 Tiananmen Square protests as a “riot” amid accusations he had once endorsed the Chinese government’s infamous crackdown on the pro-democracy movement.

Forced on to the defensive in the Republican debate in Miami on Thursday , Trump said he had never endorsed the Beijing’s regime’s violent response which claimed the lives of hundreds or possibly even thousands by some estimates .

A year later, Trump told Playboy magazine : “The Chinese government almost blew it. Then they were vicious, they were horrible, but they put it down with strength. That shows you the power of strength. Our country is right now perceived as weak.”

However, he appeared to dismiss the scale of the tragedy in the debate when he called protests a “riot”, sparking a storm of criticism on social media.

The interview recently resurfaced on the campaign trail, in which Trump’s controversial statements, past and present, have not prevented him holding a lead in the race for the Republican presidential nomination.

On Thursday night, asked about his view of the Chinese government, Trump said: “That doesn’t mean I was endorsing that. I said that was a strong, powerful government. They kept down the riot, it was a horrible thing.”

Trump has made China a repeated target of his campaign rhetoric, mostly over what he alleges to be its unfair trade practices.

Trump was also questioned about his admiring statements about Vladimir Putin, the Russian president . He has also expressed belief in the benefits to the US of having Middle Eastern “strong men” in power, such as Bashar al-Assad, Muammar Gaddafi and Saddam Hussein.

“I think that the Chinese government butchered those kids,” he said, “and when that young man stood in front of that tank, we ought to build a statue of him over here.”