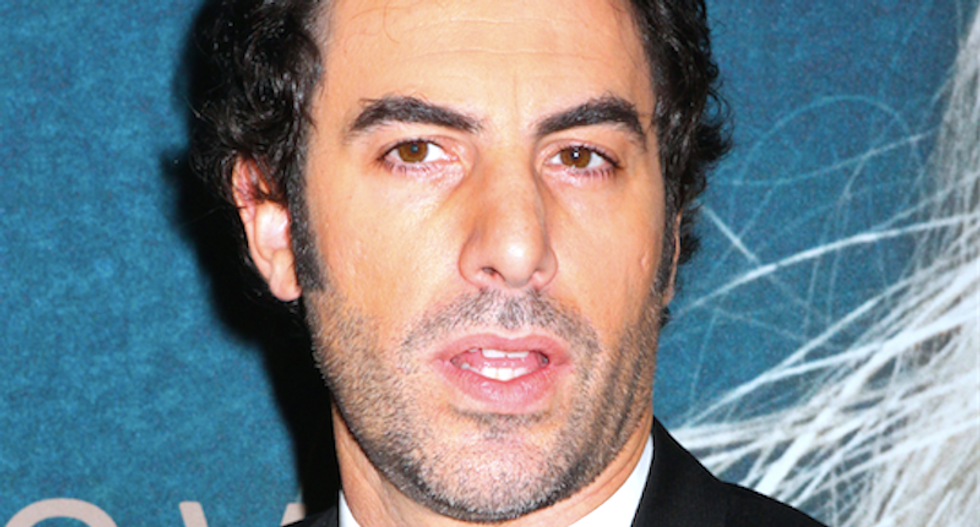 Sacha Baron Cohen's new movie features a subplot about Donald Trump becoming infected with HIV and then AIDS -- and the comedian said he's troubled by the audience reaction so far.

“And, to me, that’s pretty worrying because, if he does become president, the hatred [toward] this guy is so extreme that people will wish ill on him,” he added.

The HIV/AIDS subplot in "The Brothers Grimsby" concerned the studio, Sony, which wanted Cohen to point out to audiences that Trump was not involved in the movie or infected with the virus.

"I refused to say that Donald Trump is not HIV positive," Cohen said. "I said, ‘I’ve got no idea whether he is.’ Show me your STD card and prove it. He’s had a number of lovers and what I don’t want is, god forbid he is HIV positive, and he sleeps with somebody, and I get sued, because they’ve heard in my film that he’s not. So, we were in a battle for quite a while with the studio. There’s a compromise — which you’ll see when you go to see the film.”

Cohen, who is British, found the prospect of a Trump presidency too disturbing to comment.

“Listen, I think there are certain things that you don’t joke about,” he said. “This is a subject that can potentially bring misery and horrific things for millions of people -- which is why you shouldn’t vote for him.”

"The Brothers Grimsby" opened Feb. 24 in the United Kingdom, and it will debut Friday in American theaters.