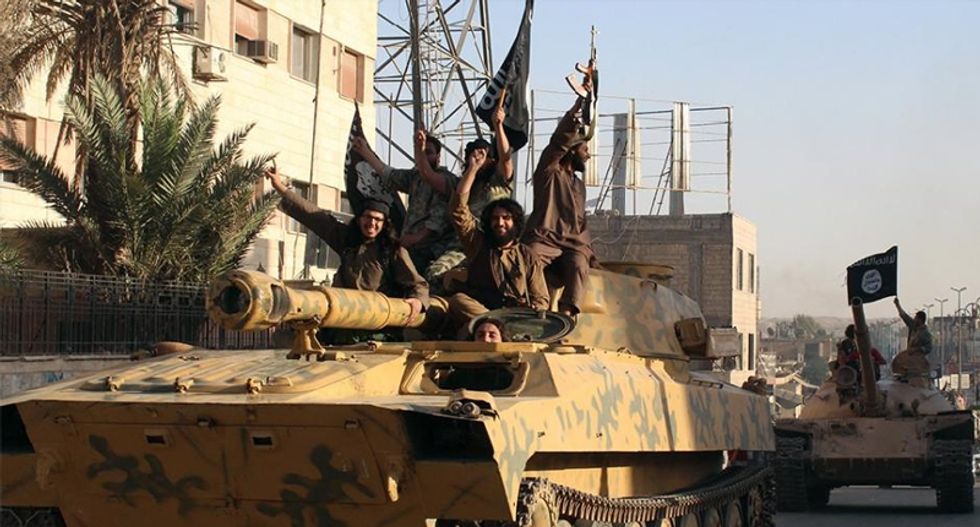 "We are systematically eliminating ISIL's cabinet," Carter told reporters, referring also to the killing early in the month of Omar al-Shishani, the man known as "Omar the Chechen," who was effectively IS's defense minister.

The latest killing "will hamper the ability for them to conduct operations inside and outside of Iraq and Syria," Carter said of Abd ar-Rahman Mustafa al-Qaduli, referring to him as Haji Imam. He said al-Qaduli served as the group's finance minister and had been behind some foreign plots.

"The momentum of this campaign is now clearly on our side," the defense secretary said, adding that "we're broadening both the weight and the nature of our attacks on ISIL."

Carter declined to say whether al-Qaduli had been killed by a drone strike or in a bombing raid involving manned aircraft; nor would he specify whether the attack occurred in Syria or Iraq, though he said that any action in Iraq would only have been taken with Iraqi government approval.

The US Justice Department had offered a bounty of up to $7 million for information leading to al-Qaduli.

"A few months ago when I said we were going to go after ISIL's financial infrastructure, we started with storage sites, and now we've taken out the leader who oversees their finances, hurting their ability to pay and hire recruits," Carter said.

Carter was asked whether al-Qaduli could have had a link to the November terror attacks in Paris or to this week's bombings in Belgium and said he could not confirm a specific link to the Brussels attacks.

But whether Islamic State group militants in Iraq and Syria like al-Qaduli had specifically directed or simply inspired such attacks, the US-led forces would do their best to eliminate them, Carter said.

"Our campaign plan is first and foremost to collapse ISIL's parent tumor in Iraq and Syria, focusing on the power centers in Raqqa and Mosul," he said.

Carter said local forces supported by the US-led coalition had "severed the main artery between Syria and northern Iraq," making it "much harder for ISIL's leaders and forces to travel between Raqa and Mosul."

But to a reporter's question of whether the US-led forces had turned a corner in their fight against IS, Carter and the chairman of the Joint Chiefs of Staff, General Joseph Dunford, struck a measured tone.

"While ISIL has not been able to seize ground in the past several months, that hasn't precluded them from conducting terrorist attacks or operations more than the conventional operations," Dunford said. "I think the momentum is in our favor."

But, he added, "By no means would I say we're about to break the back of ISIL or that the fight is over."

Al-Qaduli was born in Mosul, according to Iraqi security sources. He was in Afghanistan in the late 1990s.

He joined al-Qaeda in 2004, and became a deputy to the feared Qaeda chief in Iraq, Abu Mussab al-Zarqawi, who was killed in 2006 by an American drone strike.

Al-Qaduli was captured and imprisoned, but joined the Islamic State group in Syria after he was freed in 2012.