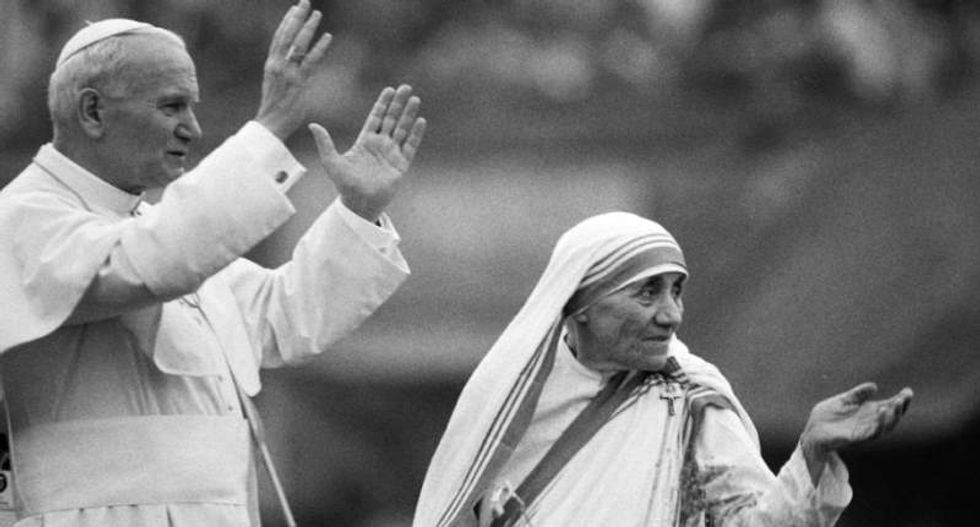 The Vatican committee that approves elevations to sainthood will meet Tuesday to consider a recommendation that Mother Teresa of Calcutta becomes Saint Teresa, the Holy See announced on Monday.

With the long-awaited decision seen as a formality, Pope Francis is expected to sign a decree approving the canonisation of the 1979 Nobel peace prize winner and set a date and venue for it to happen.

The Albanian nun and missionary will be one of five candidates for sainthood considered by the Vatican panel on Tuesday but by far the most high-profile.

The canonisation is widely expected to take place on September 4, the eve of a previously-scheduled celebration of her memory.

What is unclear is whether the pope will bow to appeals from the Catholic Church in India and travel to Calcutta for the ceremony or, as Vatican sources say is more likely, preside over one in Rome.

More than 300,000 pilgrims came to Rome in 2003 for Teresa's beatification -- the first step towards sainthood.

Known across the world, Teresa was awarded the Nobel for her work with the poor, sick, old and lonely in the slums of the Calcutta, one of India's biggest cities, now known as Kolkata.

She is revered by many Catholics but has also been attacked as a "religious imperialist" who attempted to foist her beliefs on a community in which they had no indigenous roots.