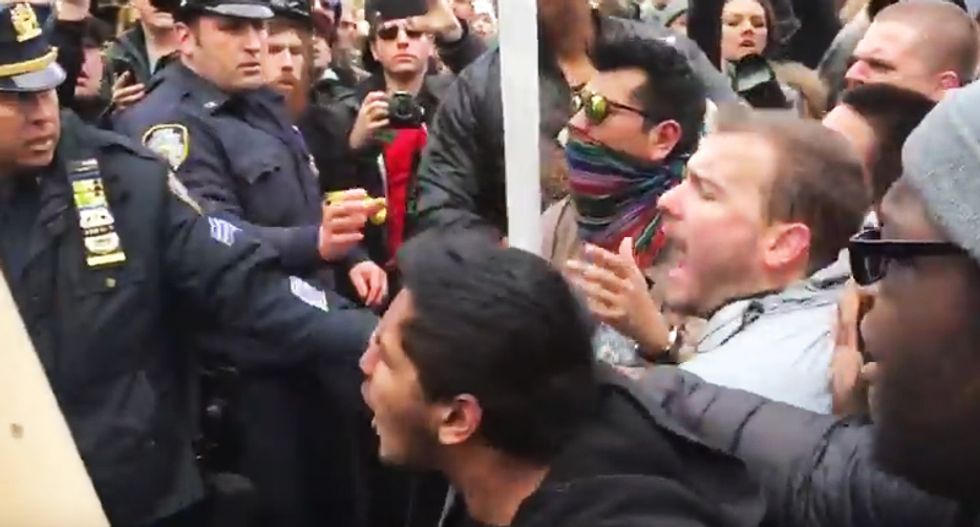 In a video uploaded to YouTube, police can be seen attempting to shove protesters behind barricades as a a chant of "F*ck Trump" can be heard.

Officers can also be seen moving through the crowd taking pictures as the protesters are pushed from multiple directions.

According @Lukewearechange, who uploaded the video, police did resort to pepper spray and arrests were being made.

Violence just broke out at the anti trump rally with a number of people myself included getting peppered sprayed https://t.co/hLHTETsZJg
— Luke Rudkowski (@Luke Rudkowski) 1458409627.0

Watch the video below, uploaded to YouTube by WeAreChange: