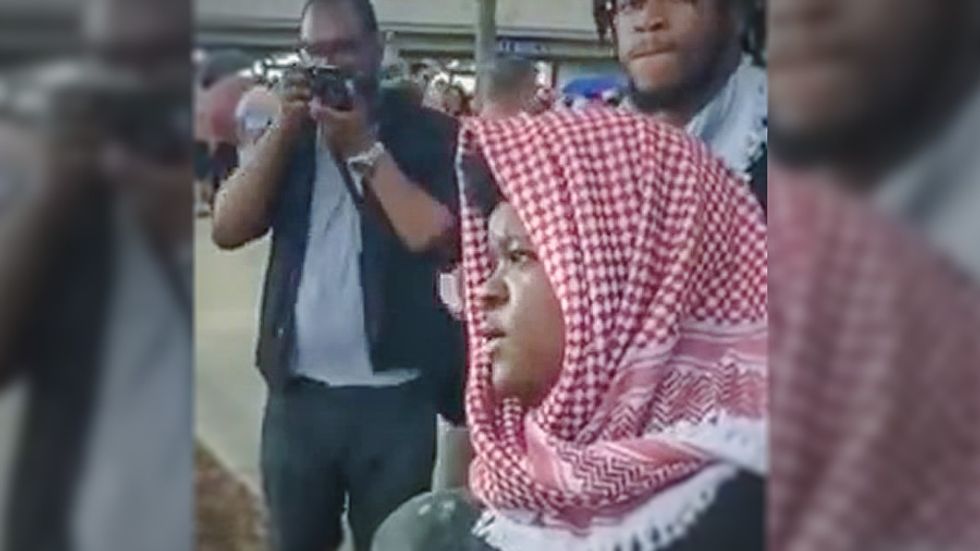 In video released this week, a police officer is seen telling a group of black people that Donald Trump's campaign has banned them from a rally in Boca Raton -- while a white man, who admits he is a protester, is allowed to enter.

A video posted to YouTube on Monday by Bob Smith revealed that Mayo was not the only one who had a run-in with authorities who said they were doing the bidding of the Trump campaign.

In the video, an officer explains to a group of black attendees -- including a woman wearing a head covering -- that they are not welcome to enter the event, but he says they can voice their opinions in "an area on the other side of the street."

"We have tickets to the event," the woman explains.

"That does not matter," the officer replies.

"But you don't even know that we're here to protest," the woman notes.

"Does not matter," the officer insists.

"So, she's black and she's wearing something on her head and she has tickets and you're not letting her in?" Smith interrupts.

"Where did you hear me say that?" the officer asks. "The campaign has told us they don't want them on the property."

"So he gets to go in?" the woman says as Smith walks past the officer into the Trump event.

Smith added this observation on his YouTube page: "If you are young and not white you have a good chance of being turned away from a Trump rally."