WATCH: Florida cop sneaks up behind drunk woman and violently slams her to the ground without warning 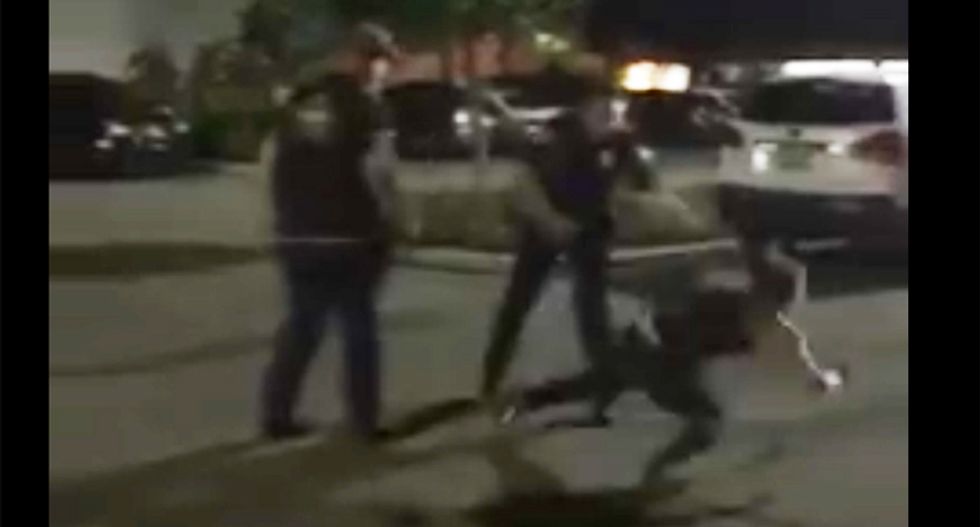 A Cape Coral police officer is under investigation after video was posted on Facebook of him sneaking up behind a drunk woman in a parking lot and violently slamming her face-down to the ground without warning.

According to ABC7, Brittnie Fails admits that she was drunk and arguing with a friend in the parking lot outside the Dixie Roadhouse which led to her arrest for public intoxication.

However she takes issue with how the officer not only tossed her to the ground, but disregarded her condition as she appeared to be unconscious.

"If there's anything that makes me mad about the entire video it's not even being thrown on the ground, it's how he just nonchalantly like 'oh my God, get over it, you're faking it.'", she explained.

In the video, the unidentified officer can be seen walking up behind Fails as she was arguing in an attempt to get her car keys. After tossing her face-down to the ground where she appears to have lost consciousness, the officer never looked at her until a bystander went to check on her.

"Get her up, she's faking it," the officer can he heard saying.

According to Fails, "The next thing I remember is waking up on the ground,"

Fails has filed a complaint with the Cape Coral Police Department, with a spokesperson from the department saying the officer involved has been  placed on administrative duty pending an internal affairs investigation.

She's definitely out of line but doesn't justify the officer throwing her like that.