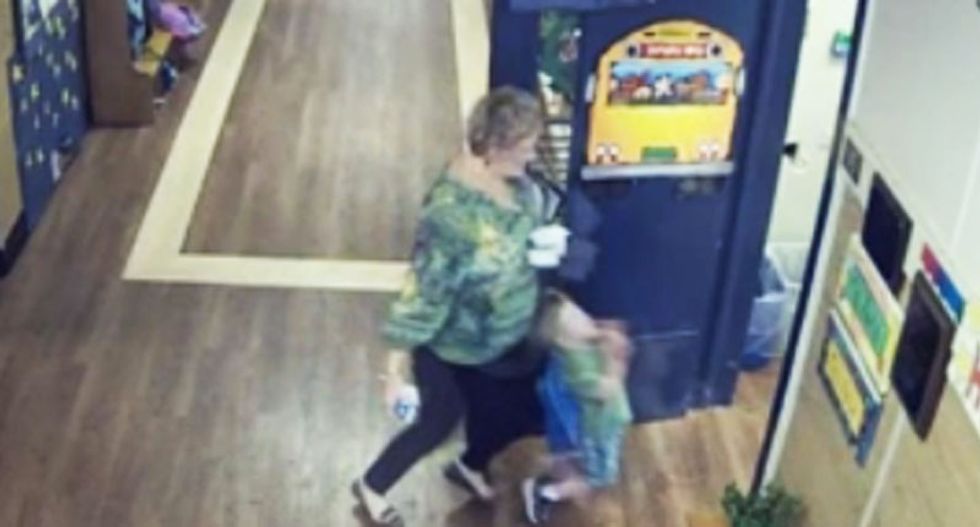 A 20-year veteran of the Georgia school system has resigned after surveillance video captured her pausing and then intentionally kneeing a special needs student in the back causing to fall forward, reports WALB.

Amelia Stripling, a special needs instructor at Tift County Pre-K Center in Tifton, Georgia, has stepped down after the video was released to the public.

According to Sarah Patterson, the mother of the boy, her son just turned 4 years old on Wednesday, days after Stripling casually walked around an open classroom door and shoved her knee in the boys back without warning, causing him to lurch forward and to the ground.

Stripling then helped the boy up with the help of another adult before giving him a shove into the classroom.

According to Tifton County school system officials, the boy was not injured and the incident was reported to the division of family and children services.

Watch the video below via WALB: