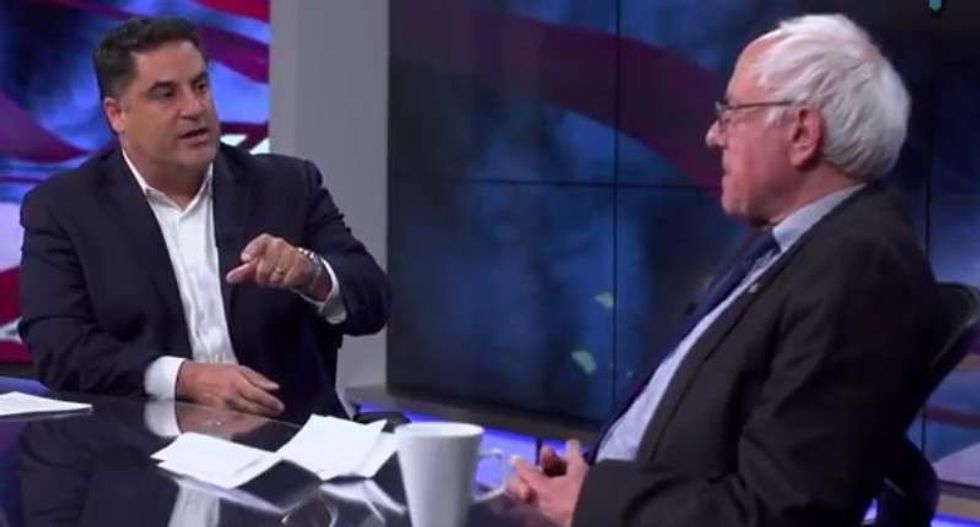 The interview aired a day after Sanders won Democratic Party caucuses in both Utah and Idaho. He is currently trailing former Secretary of State Hillary Clinton in the race for the party's presidential nomination.