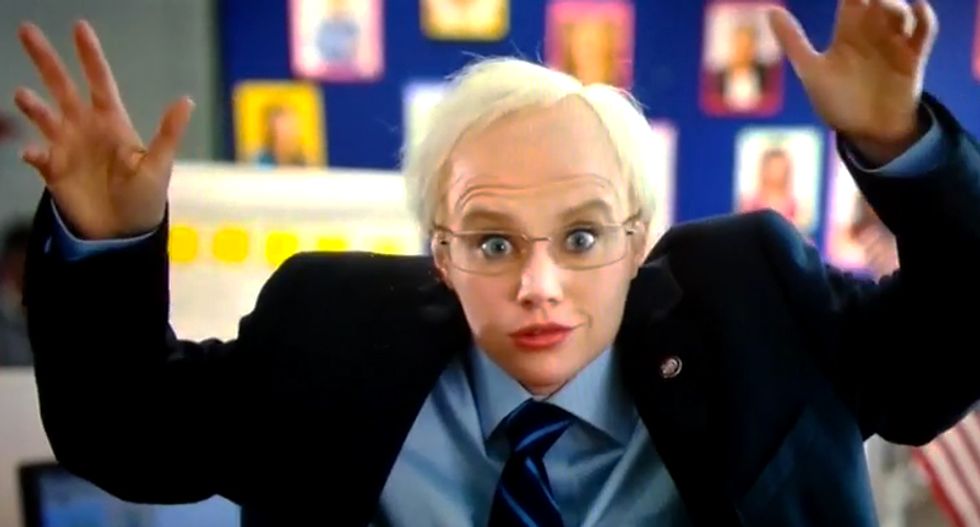 Railing against the big banks that are "too big to fail," Hillary admits she's using "that famous mobilizing sentence that works on you guys that I've been saying this whole time."

"So thank you, millennials," she adds, "For lending your support to the biggest outsider Jew in the race" before her transformation is complete, including a man's suit, glasses, and sparse white hair swept across a balding head.