WATCH: Trump spokeswoman fulfills threat to 'spill the beans' on Cruz's wife -- and it's a total flop 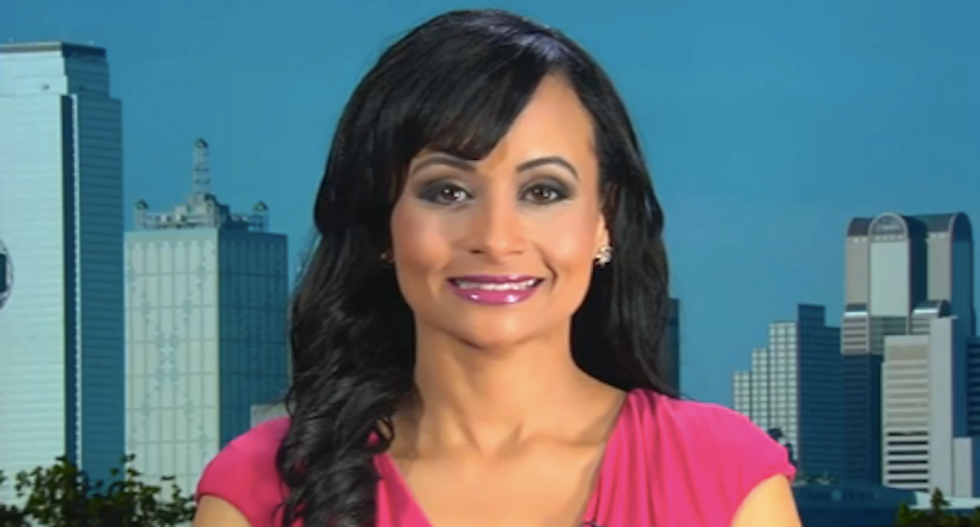 Donald Trump's spokeswoman dropped a somewhat disappointing bombshell when she made good on the Republican's promise to "spill the beans" on Ted Cruz's wife.

"Spilling the beans is quite simple when it comes to Heidi Cruz," said Katrina Pierson, Trump's spokeswoman.

"She is a Bush operative," Pierson said. "She worked for the architect of NAFTA, which has killed millions of jobs in this country. She was a member on the Council on Foreign Relations who — in Sen. Cruz's own words, called a nest of snakes that seeks to undermine national sovereignty, and she's been working for Goldman Sachs, the same global bank that Ted Cruz left off of his financial disclosure."

Pierson made the comments Friday morning during an interview with MSNBC's Steve Kornacki, reported The Hill.

"Her entire career has been spent working against everything Ted Cruz says that he stands for," she said.

Cruz and Trump have traded insults all week in an increasingly nasty and personal feud over one another's wives.

But Pierson said Cruz started the feud when he attacked Melania Trump -- which the senator has denied.