WATCH: Video clears man accused by Texas cops of assaulting them resulting in bail set at $800,000 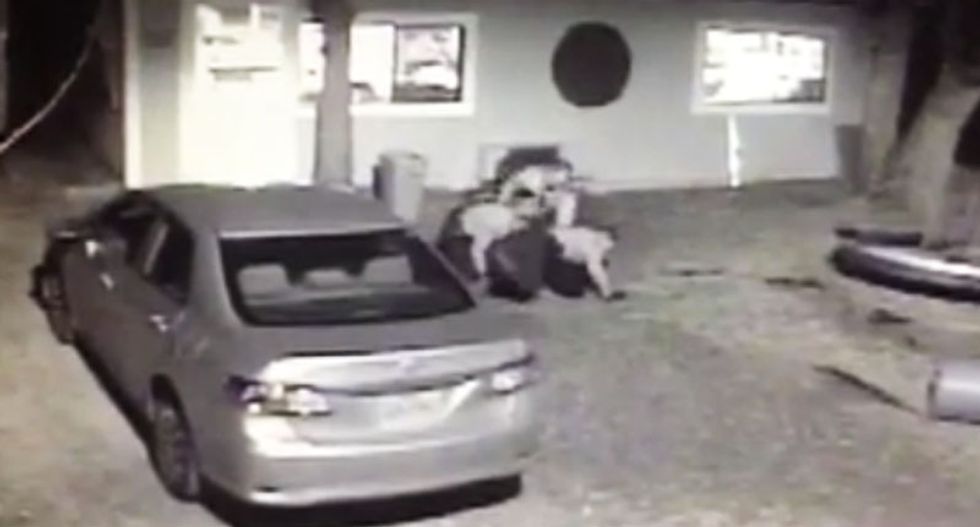 A Texas man who had his hands up, only to be leg-whipped and thrown to the ground by sheriff's deputies, said he escaped years in prison after a prosecutor threw out all the charges after viewing surveillance video of the incident.

In an interview with Ars Technica, Larry Faulkenberry, 47, said he told the deputies he had a camera that captured the events the evening of Jan. 14, 2015 when he was taken into custody and wrestled to the ground by three Caldwell County sheriff's deputies.

"I knew the camera system was capturing everything the entire time. It knew everything that happened," Faulkenberry explained. "I told him, 'You just messed up. You have no idea how bad.' He told me to 'shut up.'"

The officers were dispatched to  Faulkenberry's home after his 16-year-old son called in a false report that his father was drunk and waving a firearm because the teenager was mad that his dad had grounded him.

In the video, Faulkenberry can be seen with his hands up the entire time as the three officers surround him, with one suddenly leg-whipping him, driving him to the ground where all three can be seen piling on him.

The video showed nothing of the sort happened.

After seeing the video, Caldwell County District Attorney Fred Weber dropped charges against Faulkenberry who had already spent ten days in jail and was held on $807,000 bail.

"Without the video I would be in prison. There is no doubt about that," Faulkenberry said.

Weber did not indicate whether the three officers would be prosecuted for filing a false report.

Watch the video below via Ars Technica: