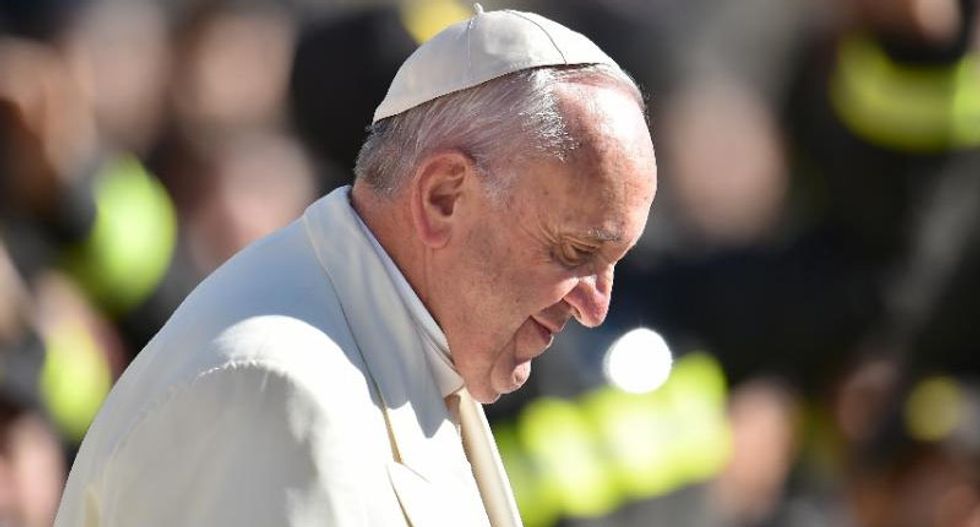 "The people of God, the Church, does not need dirty money," Pope Francis said at the end of his weekly general audience at the Vatican on March 2, 2016 (AFP Photo/Vincenzo Pinto)

Pope Francis on Wednesday issued a stinging rebuke to rich patrons who offer the Church dirty money gained through exploitation, telling them to take back their cheques and burn them.

"I think of some benefactors of the Church that say 'take this offer for the Church', and it is profit from the blood of those abused, treated as slaves, workers with poorly paid jobs," he told the faithful on Saint Peter's Square.

"I say to these people: 'Please, take back your cheque, burn it'. The people of God, the Church, does not need dirty money," he said at the end of his weekly general audience at the Vatican.

The Argentine has repeatedly denounced those who profit from slavery, corruption or exploitation, including several heated attacks on the mafia, from Italy to Mexico.

In 2014 he expelled all unrepentant mafia members from the Church and condemned them to Hell in the afterlife in a move which sparked fears of retaliation from the underworld.