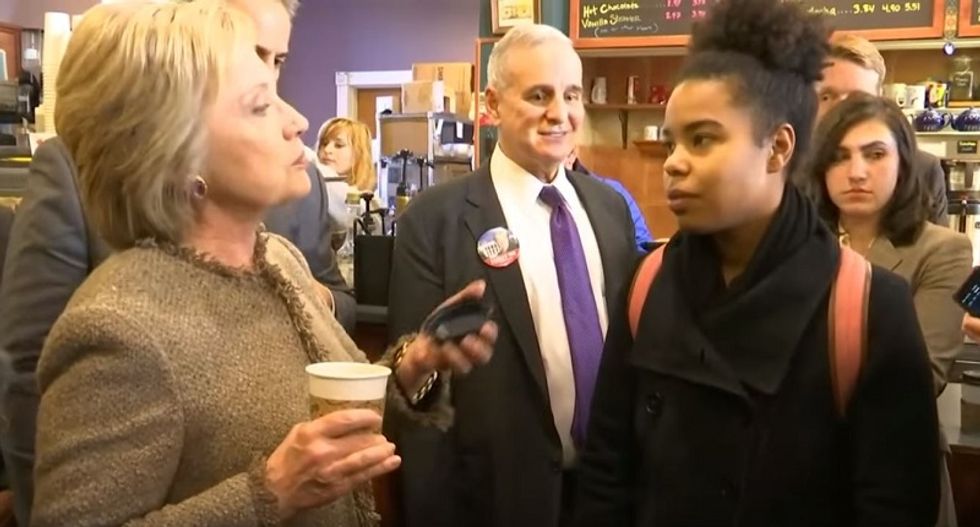 Democratic candidate Hillary Clinton had a brief confrontation with a young voter who challenged her on her voting record related to African-Americans.

The former Secretary of State was at a campaign stop in a Minnesota coffee shop when the young woman approached her. According to The Hill, she wanted Clinton's comment on her retracted "super-predator" speech and on the lack of diverse elected officials.

Clinton brought up Abdi Warsame, who is the first Somali-American to serve on the Minneapolis City Council, according to The Hill. But the young woman said he lacked authenticity.

This prompted Clinton to get impatient.

“You know what, dear? You have a different opinion,” Clinton said, apparently ending the conversation. “He is a Somali-American elected to the city council, and I am really proud of that.”

She then said, "Why don't you go run for something then."

In South Carolina, a Black Lives Matter activist was escorted out of a Clinton event after questioning Clinton.