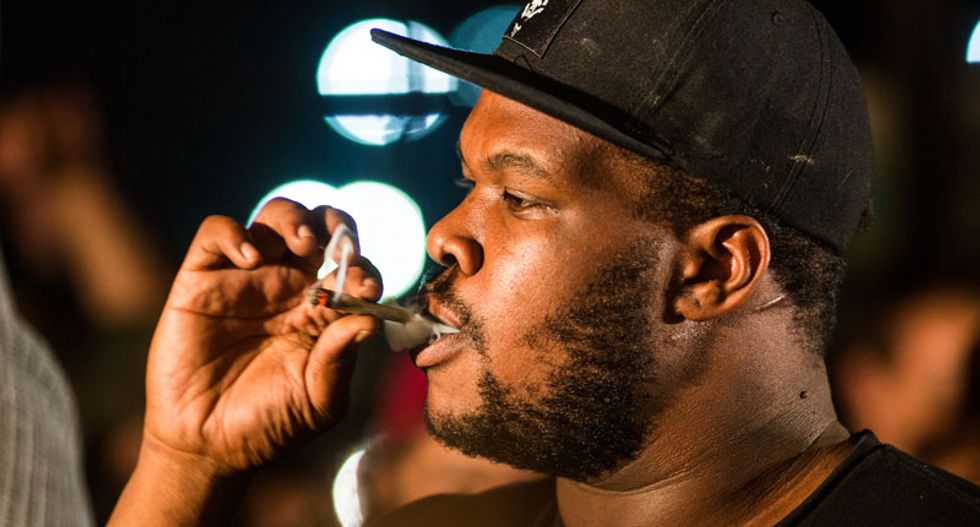 1. We Need to Stop Harming the Developing World

In Mexico alone, more people have lost their lives due to cartels’ bloody battle over drug-trafficking routes to Western markets than in Afghanistan and Iraq combined in the last decade. The most powerful cartels achieve de facto immunity from prosecution because of their economic muscle—used for paying off politicians. In turn, this creates a strong incentive to exercise extreme violence and grab power through fear. The result is, as we see, beheadings, bodies burned alive in barrels of boiling oil and many other atrocities in poorer, drug-producing or drug-transit nations.

2. We All Have the Right to Decide What to Put Into Our Own Bodies

You are allowed to parachute and to ingest as much sugar as you please. Both can be dangerous, but we believe it is wiser to enlighten people of the dangers of parachuting and and sugar than introducing a ban. This is not the case with drugs. Which means drug dealing and drug use are pushed to the fringes of society. It seems obvious that unregulated parachute jumping and black-market sugar are not how we should control people’s interaction with these potentially life-threatening activities. Nevertheless, common sense does not apply when it comes to drugs.

3. The Mechanisms of Drug Prohibition Are Inherently Discriminatory

In the US, if you are white, you are more likely to use drugs problematically, and even to try many drugs, than if you are black. On the other hand, the likelihood that you end up in jail because you use drugs if you are black is 10 times that of a white person. A broad consensus from all over the world agrees that it is the unprivileged who are most negatively affected by prohibition: If you are black, poor or uneducated, the probability of losing your freedom, your driver’s license or your children is much higher than if you are white, rich and possess an academic degree.

4. We All Have a Basic Right to Adequate Health Services

Overdose rates and HIV infections are far higher now than they ought to be in countries that do not offer drug users adequate health services. In these places, moral panic regarding “the message sent to young people” triumphs over harm reduction. Russia is currently undergoing a HIV epidemic because of a lack of clean syringes while in our own country, Norway, too many heroin users are dying, without being offered safer places to ingest their preferred drug in a responsible manner, such as a safe heroin smoking site.

No one knows what drugs bought in the illegal market really contain; many young people die from unwittingly taking the wrong dosage and poisonings caused by adulterants that could have been avoided with quality controls. Quality controls are a requirement for the usefulness of information about dosages and risks. If a meat producer were to market infected meats, an alarm would be raised. But if a shipment of heroin is mixed with poisons such as strychnine, it will nevertheless be moved undetected into markets by faceless black-market dealers who only pay attention to the bottom line and are not at all concerned with public health.

The history of all known civilizations and historical epochs clearly indicates that a certain percentage of the population will use mind-altering substances no matter what. It is simply dangerous not to offer these people adequate information about reducing harms from their use. Why not tell young people that, after all, it is safer to use MDMA than the extremely dangerous substitute PMMA, if such information can save lives? The argument that such information “sends the wrong signal” is not good enough in an enlightened society.

7. Social Judgments Caused by Prohibition Have no Logic

If you assault people while drunk it is obvious that you will face the consequences. However, if you crack an inappropriate joke at an after-party because you had one glass too much, it is just as obvious that this is of no concern to the government. Having a glass of wine with dinner at weekends, even if you teach at an elementary school, is regarded as completely normal. When it comes to other drugs, however, the legal status of the drug you use becomes the concern, much more so than any direct consequences of your behavior. This is clearly irrational in modern times.

8. Prohibition Is a Waste of Money

There is no evidence that drug prohibition has been effective—quite the opposite. Yet billions are wasted nationally and globally on drug control efforts. As Süddeutsche Zeitung recently revealed, large sums end up in the pockets of the 0.1% richest and most corrupt people on the planet thanks to drug prohibition and tax havens. These funds are largely used by the same people to exert more power over the rest of us.

“If you give away some of your rights, we can win the War on Drugs!” Individuals’ protection from government intrusion has constantly been under siege in the War on Drugs. In the name of this “war,” you can spy on people, inspect people with drug-sniffing dogs, go through their stuff, kick in doors and force them to surrender their bodily fluids—methods that would have been unheard of in the name of public health if they hadn’t been introduced during a period of moral panic. None of us should have to accept government abuses in the name of an unwinnable fight against drugs.

Globally, tens of millions of nonviolent people have ended up in prison for drug offenses. The large majority are men in their prime. The availability of drugs is unaffected; market shares are simply taken over by someone else. Given the right opportunities, an illegal cannabis grower or a meth dealer could use their knowledge and ingenuity to create jobs, pay taxes, and at the same time make many people in their families happy and help countless others—is it really rational that he should linger in prison for years instead?