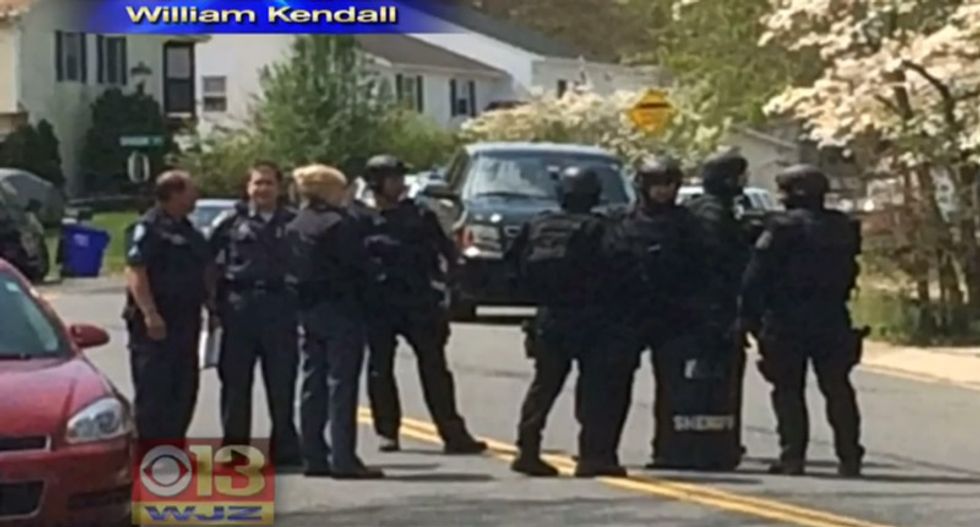 Sheriff's deputies were forced to fire on one of their own when an off-duty Baltimore County police officer shot at Harford County deputies. James L. Ward was injured in the altercation at his home after he shot at a police tactical vehicle, according to the Baltimore Sun. His injuries are serious, but they are not life-threatening.

Not surprisingly, Baltimore County Police Chief Jim Johnson announced on the department’s website that Ward, a nineteen-year veteran of the force, will be suspended without pay as soon as felony charges are filed.

The incident began when the deputies were contacted at 12:10 p.m. Thursday by someone reporting that a man was suicidal and that he had been drinking heavily. While police were establishing a perimeter, the situation escalated when shots were heard from inside the house. The Special Response Team was dispatched, and police put local schools on lockdown and told neighbors to stay indoors as negotiations continued.

At 2:40 p.m., Ward stopped communicating, and at that point, fired several shots into the tactical vehicle that was part of the perimeter. Two deputies fired back at Ward, hitting him. The off-duty police officer left the house and he was arrested, and paramedics treated him at the scene before he was airlifted to a local hospital.

After the event, Chief Johnson issued a statement about Officer Ward in which he acknowledged that Ward is a troubled man. "I am shocked and saddened at the actions of one of our officers this afternoon," Johnson said. "I am thankful that none of the first responders and police personnel who handled this call were physically injured. We hope that the Baltimore County officer involved in this incident receives the medical help he apparently needs so desperately."