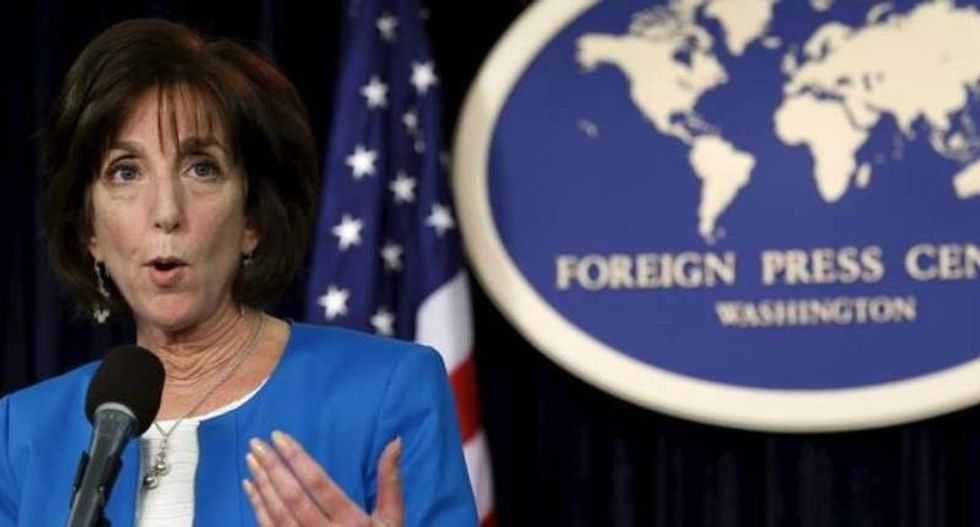 Roberta Jacobson speaks at a news conference in Washington in this file photo dated May 22, 2015. (Reuters/Yuri Gripas)

The U.S. Senate on Thursday confirmed President Barack Obama's nominee for ambassador to Mexico after a long delay and behind-the-scenes maneuvering that included renewing sanctions imposed on Venezuelans and a State Department authorization bill.

Obama nominated career diplomat Roberta Jacobson for the Mexico City post in June, but she faced resistance from a few lawmakers for reasons including her role in helping negotiate Obama's relations with Communist-ruled Cuba and concerns the administration had failed to make human rights a priority.

The Senate Foreign Relations Committee backed her nomination in November, but Republican Senator Marco Rubio of Florida placed a "hold" that kept her confirmation vote from going ahead.

Rubio, who is Cuban-American and a former 2016 Republican presidential candidate, opposes Obama's moves toward normalizing relations with Havana and often pushes for the White House to take a stronger stand on human rights issues in Latin America.

This month, Republican leaders and Obama administration officials came to Rubio to ask what would make him lift his hold on Jacobson. He asked for an extension of a bill he introduced last year imposing sanctions on Venezuelans for human rights violations in connection with the suppression of anti-government protests.

The Senate approved a three-year extension of the sanctions measure on Thursday evening.

The chamber also approved a State Department authorization bill that was being blocked by Republican Senator Ted Cruz of Texas, who is still in the race for the Republican presidential nomination.

A Senate aide said Senator Bob Corker, chairman of the Senate Foreign Relations Committee, said he would block Rubio's Venezuela bill if Rubio did not lobby Cruz to drop his hold on the State Department measure.

Cruz dropped his opposition, and the State Department bill also passed the Senate by unanimous voice vote on Thursday night.

Spokesmen for Rubio, Cruz and Corker declined to comment.

"No one is more qualified than Roberta to represent the United States in Mexico," he said in a statement.