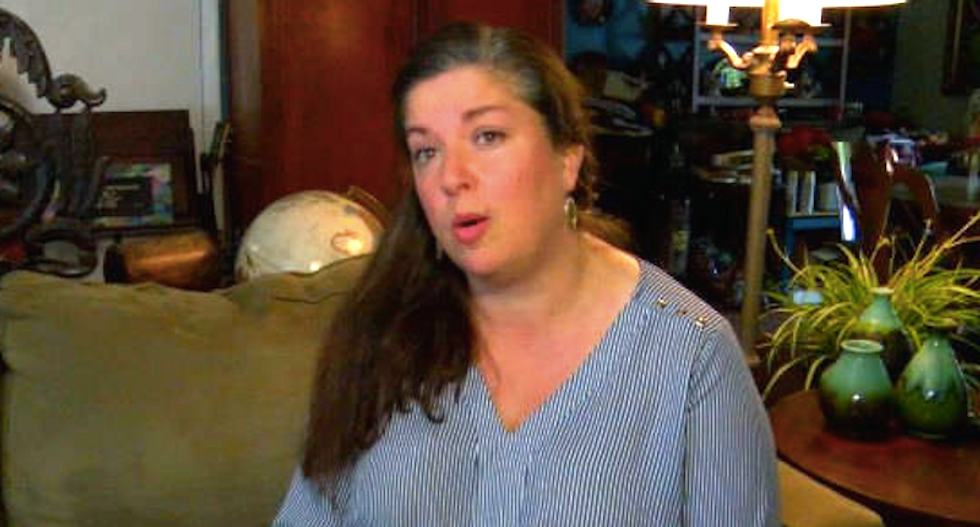 The mother of a transgender son said a new law threatening jail time for LGBT people who use the "wrong" restroom feels like a personal attack against her family.

City officials in Oxford, Alabama, passed an ordinance this week aimed at Target, which announced that customers were free to use the restroom that matches their gender identity.

But resident Sherry Matthews said the law presents a threat to her transgender son, reported WBRC-TV.

"My 17-year-old son cannot go to a public bathroom alone anymore," Matthews said. "I don't want him to. I want there to be at least a witness. What if someone is trying to peer over the stall to see if someone's transgender or not, to see what they can see, what if they're using that as an excuse?"

Matthews, the incoming president of the local chapter of the PFLAG gay rights group, said city officials could not justify the law, which calls for six months in jail and a $500 fine for offenders.

Steven Waits, the City Council president, said the ordinance was intended to protect the safety of women and children.

The city has attracted national attention over its law, which goes beyond similar state laws by calling for jail time, but Waits said the controversy had only strengthened his belief that officials had made the right decision.

A woman told a crowded public meeting that Oxford should be embarrassed -- but the crowd laughed at her and then cheered a man who thanked city officials.

The ACLU is considering a legal challenge to the law.

Matthews, who has lived in Oxford for 15 years, said she thinks city officials "mean well" -- but she said they had no idea what effect the law had on LGBT people and their families.

"I appreciate that he is afraid for people's safety, but I would also like for him to be afraid for my transgender son's safety," Matthews said. "By his ordinance that he just passed, he is requiring that my son -- who was born female but looks male -- go into the ladies' room. That actually puts my son at a greater risk, because there are open threats -- people who are ready, people who are willing and able to hurt someone who looks male -- going into a female bathroom right because of all this bathroom law nonsense."

"So actually you're not protecting anyone from my son, you're actually putting my son at greater risk," she added.