Alabama preacher says sex is the biggest reason for homelessness, abuse and lowers your IQ 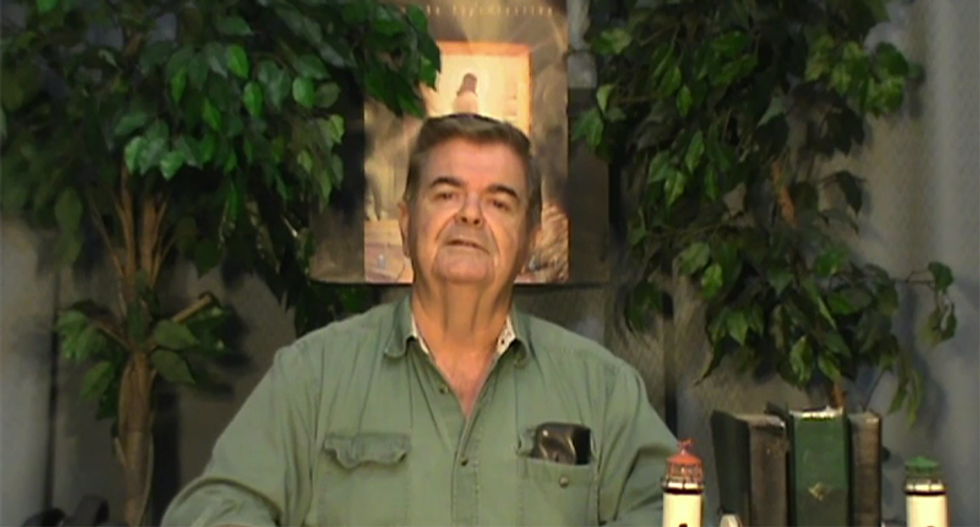 A preacher in Alabama wants you to know that sex will kill your brain cells, make you homeless and was brought by God as a means of punishing people, so you really shouldn't be enjoying it as much as you do. Many right-wing religious have deep and profound problems with sex. They want to regulate when you can have it, how you can have it and who you can have it with. But, this guy has taken the anti-sex philosophy to a whole new level of hostility.

"Sex has never been ordained by God," he says sitting behind two phallic lighthouses. "In fact, it was the first sin, Adam and Eve and the serpent. And you see what happened to the serpent on that. But, like I say, sex is the problem. If you don't mention sex, two men or two women can live together, share a place, have a place, and one can leave whatever she got, and they can have a 'merge partner,' they call it."

"I say this to the young people: Sex is a very dangerous thing. As dangerous as can be. As dangerous as cocaine or anything else. If you start, say as a young person, and get hooked on that, and it'll paralyze your mind where you won't learn very well like you ought to, most time. And it's gonna create all kinda problems."

He seems obsessed with the idea that people are talking about sex. He quite simply doesn't want to hear about it. "Sex is between two consenting people of age, and that's where it's supposed to stay right there. You're not supposed to go and talk about it. It's all behind closed doors."

"Sex, I think, well, sex is the biggest, the most reason, well, all the homeless, abused children in the world is because of sex. And 99.9 percent, I guess there's been a few [intelligable] that was because of money then. But money and sex is the two worst things out there and sex is a mighty big one."

"Sex is — was here for the world to multiply, and that was kind of a punishment," he has concluded. "It's never been ordained by God. It's not sanctified by God."

Erotophobia is a recognized fear of sex by the American Psychological Association. As for his erroneous statistics on homelessness and sexuality, 47,000 members of the homeless community are veterans, many of whom are suffering not from sex, but from post-traumatic stress disorder, substance abuse, and mental illness. Thirteen percent of homeless people are fleeing domestic violence.

There is no evidence from the American Psychological Association that sex causes homelessness or low intelligence. In fact, actual science shows quite the opposite. According to a piece in the Atlantic, in experiments with mice and rats, sexual activity shows an improvement in mental performance. Sex increases neurogenesis, which is the production of neurons in the middle of the brain (the hippocampus), which is where long-term memories are formed.