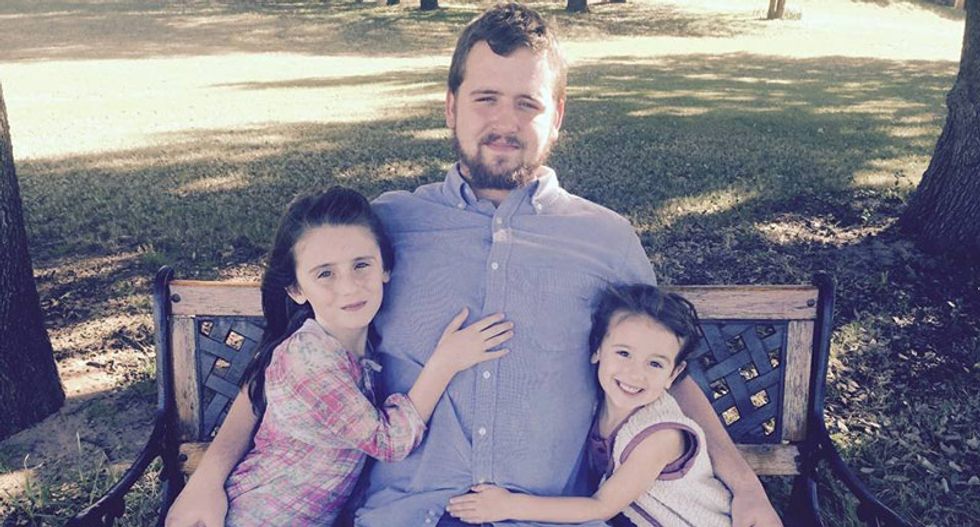 The police union representing a Mesa, Arizona officer who shot dead a father as he pleaded for his life and was charged with murder as a result got more than it bargained for in a Facebook post defending the officer.

On April 1, the Mesa Police Association wrote a long screed defending former Officer Philip Brailsford, who shot and killed Daniel Shaver in January. Brailsford was charged with second-degree murder, ABC15 reported. A police report of the incident revealed Shaver was distraught and was sobbing, and had begged officers not to shoot him before they opened fire and killed him.

"It is time to hold people accountable for their actions. We believe if not for the actions of Mr. Shaver, this incident could have been avoided. Unfortunately, there were consequences to Mr. Shaver’s actions, and he paid the price," the police union wrote on its Facebook page.

Many commenters did not agree.

"Sorry, shoot first and ask questions later isn't a viable defense," one man angrily responded. "You should have tazed him and subdued him if you were that worried about a hidden weapon. Really, if you are that scared of an unarmed drunk man, call in swat and turn in your badges. Unbelievable callousness on display. People are allowed to be stupid and not die for it. A cop is not a judge jury and executioner. Enough of this perceived threat, how about cops fire when an actual threat emerges?"

As of Tuesday, there were more than 900 comments on the post, many of them negative.

"This whole statement is absolutely disgusting," another woman responded. "Your facts are not even entirely accurate. It discredits the rest of your statement to have blatant falsities in your "facts." Continuing to back up your officers in situations like this, where they are clearly out of line and it cost someone their life, are exactly why the public is becoming increasingly distrustful of law enforcement across the country. You soil your entire department and the reputation of the decent officers you have by supporting the despicable actions of this officer."

According to news reports, Shaver was drinking alcohol at a hotel with a woman he had met in an elevator. Police were called to a man pointing a rifle out a window. The police union said Shaver committed a felony by displaying a "dangerous instrument."

Shaver was unarmed, according to ABC15. He had pellet rifles in his hotel room that were due to his job in pest control. Police said they ordered him out of his hotel room, and Brailsford shot him five times when he allegedly made a movement toward his waistline.

"After carefully reviewing the relevant facts and circumstances, we have determined that the use of deadly physical force was not justified in this instance," County Attorney Bill Montgomery wrote in a statement to the station.

After defending the officer, the police association then wrote that it would police the comments on its post about the incident.

Now, let’s switch gears for a moment and talk about Freedom of Speech. Many people believe the rights afforded to us mean they can say anything with no fear of consequences. Unfortunately for them, that is not true. If you infringe on the rights of another, whether using threats or disorderly actions, that is illegal. We value the right to free speech, and fight for people’s right to disagree with us. However, if someone uses profanity on our page, those comments will be removed. If someone makes threats against us or our members, we will turn those over for investigation and your comments will be removed from our page. If we discover threatening statements on other social media against us or our members, we will turn that information over for investigation.

Many in the Facebook comments joined Shaver's wife in calling on the police to release body camera footage of the shooting.