Anti-gay pastor goes on arm-flailing US flag rant: I refuse to pledge allegiance to sodomy and abortion 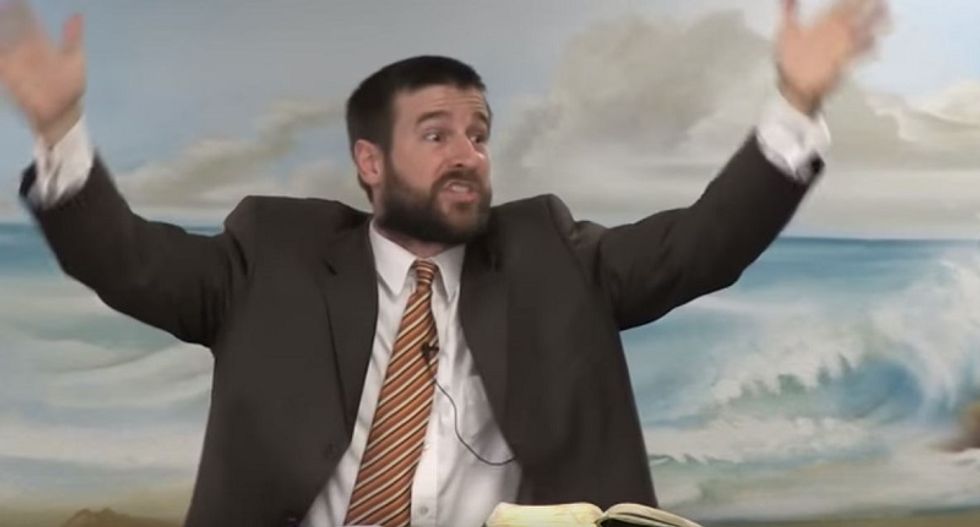 A pastor in Arizona posted a video sermon in which he said he refuses to pledge allegiance to the American flag because in June, the Supreme Court legalized same-sex marriage, according to the Friendly Atheist.

Steven Anderson, pastor of the Faithful Word Baptist Church in Tempe, Arizona, posted the sermon this week, where he mockingly bowed down to the Stars and Stripes. He said the country is corrupt and perverted, and criticized it for "promoting abortion and homosexuality to all."

"I'm not going to sit there and pledge allegiance to that flag of the United States of America no matter how perverted our nation becomes," he said. "Even when our nation just openly says, June, we're celebrating sodomy. In the month of June, we as nation through the power of the United States Constitution, are celebrating sodomy for a complete month."

The New World Order is a popular conspiracy theory that posits the world is being taken over by a totalitarian, unified government.