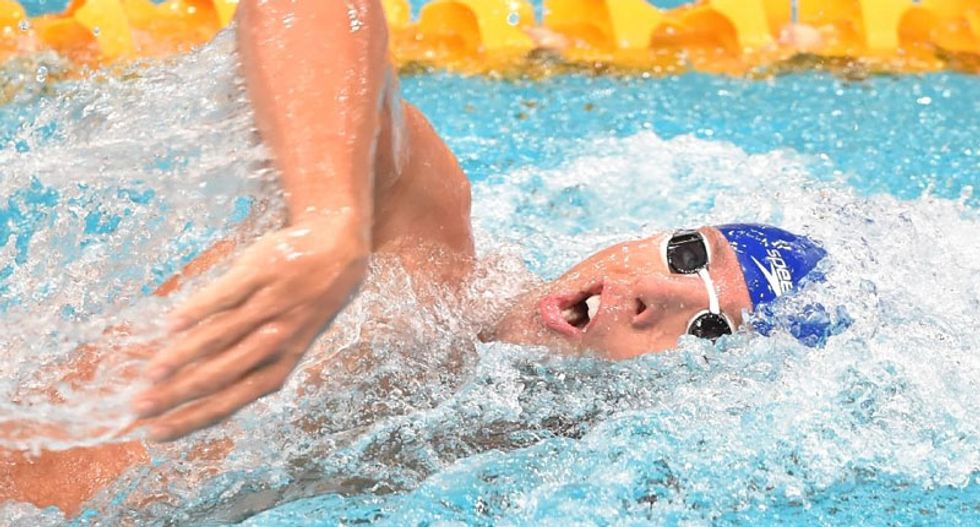 Australian swimming great Grant Hackett apologised for his "poor behaviour" Monday after he was accused of drunkenly squeezing a fellow airline passenger's nipple because he reclined his seat.

Hackett, 35, said he was embarrassed at reports of his actions, which came after this month's failed attempt to qualify for the Rio Olympics at the Australian trials in Adelaide.

"I have stuffed up more than once and am working on these issues. It is embarrassing to hear and read the consequences of my actions.

"I apologise unreservedly to the gentleman on the flight."

Reports of events in the business class section of the Virgin Australia flight from Adelaide were splashed across Australian media.

Australian Federal Police confirmed that they spoke to a 35-year-old man at Melbourne airport and that no charges were laid.

Various media said the incident was sparked when the passenger in front of Hackett reclined his seat.

The male passenger, who was not named, told Melbourne's Herald-Sun newspaper that as he reclined his chair, Hackett "grabbed it and yanked it back".

"Then he put his hand through and groped my chest and tweaked my nipple quite forcefully," he alleged.

Gary Pert, the chief executive of the Collingwood Football Club, said he was seated across the aisle from Hackett and saw the incident unfold.

"He (Hackett) was not aggressive or upset," Pert told Melbourne radio station 3AW.

"One of the passengers in front of him put his chair back and Grant just leant forward, put his hand between the seat and appeared to just tap the person."

Pert said that he later helped Hackett off the plane.

"I think he would be the first one to say he was affected by alcohol and literally was asleep or passed out on the flight for the majority of the time," he added.

Hackett, one of the greats of Australian swimming, retired after the 2008 Beijing Olympics after winning the 1500m freestyle at both the 2000 and 2004 Games.

He went through a divorce and underwent rehab in 2014 after seeking help for an addiction to sleeping pills.

Hackett came out of retirement with hopes of becoming the oldest Australian swimmer to qualify for an Olympics, but missed out when he failed to qualify for the 200 metres freestyle final at the Australian Swimming Championships.

Swimming Australia said it was "extremely disappointed" to hear the reports after the sport's positive week in Adelaide, where a number of young stars qualified for Rio.

"The reported incident was particularly surprising, given the manner in which Grant conducted himself over the duration of the event," a statement said.

"Given Grant’s recent experiences, we are concerned for Grant’s welfare and believe that it is very important that we provide Grant with all the support we can provide to ensure his progress as a person remains on track," it added.

Hackett said that for now, he was trying to make direct contact with his fellow passenger.

"I know I have to front the media and discuss my actions in a more appropriate and accountable way," he said.

"I just have to sort a few things first so I can be as frank and open as I need to be."

Australian swimming is trying to turn the corner after a flop at the 2012 Olympics when their campaign was marred by ill-discipline, drug use and drunkenness.