Baltimore cop drags black teen out of his home without a warrant: 'That don't matter' 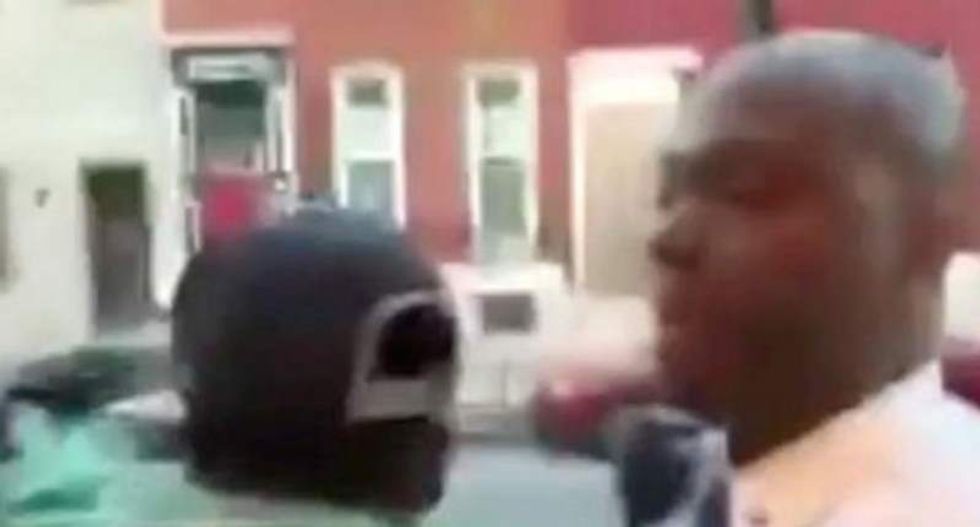 Baltimore police came under criticism on Monday after footage surfaced of a white officer pulling an 18-year-old black teen out of his doorway on Saturday while apparently disregarding the lack of a search warrant.

The Baltimore Sun reported that authorities opted not to pursue disorderly conduct charges against Tionne Jones, who is seen in the video telling an unidentified black officer he cannot enter the home without a search warrant.

The officer repeatedly asks to speak to the homeowner, later identified as Jones' mother, India Epps. But Jones tells him that he lives there and that she is working. The argument continues until the unidentified white officer pulls up to the home and walks to the door without speaking to anyone.

"This is my house," Jones says.

"That don't matter," the officer replies before grabbing him.

Police said in a statement that the encounter began after an officer spotted another teen -- Antonio McLaurin, who filmed the encounter -- trying to enter the home through both the back door and a window. McLaurin lives in the home with Jones and Epps.

"We have received calls from the community about issues surrounding activity in this home," the statement read.

However, the state chapter of the American Civil Liberties Union defended Jones' refusal as being legitimate.

Epps told WBFF-TV that while Jones was released the day after the incident, watching the video was heartbreaking for her.

"I was rattled. I was startled," she said. "And, although we see this daily, it's almost as though police brutality is becoming the norm."

McLaurin's mother, retired police officer Tawanda McLaurin, was also upset by the video, saying that she "treated people as humans" while serving with the department.

"He said to me, 'This could have been another Freddie Gray incident,'" she said. "You know, as a retired officer, how that made me feel?"

Tuesday will mark one year to the day since the death of Freddie Gray following his arrest, an incident that sparked protests within the city.

Watch WBFF's report, as aired on Sunday, below.