Barney Frank: 'Low information' voters are to blame for problems that make Trump and Sanders appealing 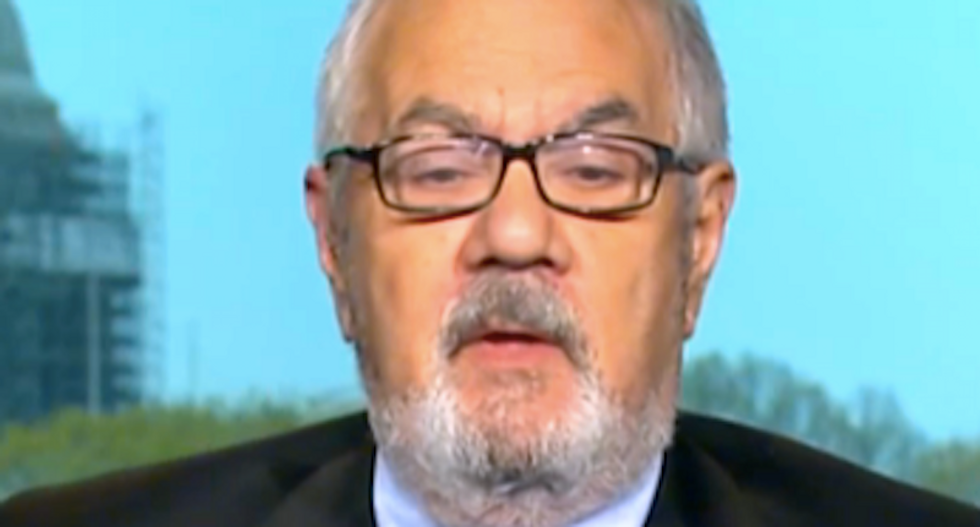 Barney Frank blamed "low information" voters for the congressional gridlock that has now made outsider candidates such as Bernie Sanders and Donald Trump appealing to them.

The former Massachusetts congressman appeared Monday night on MSNBC Live with Jose Diaz-Balart, where he said too many voters fail to participate in democracy and lack basic knowledge about constitutional government.

"The fact is, if you are seriously committed to a set of public policy goals, then you are voting all the time and you also, and I think this is part of it, you have people who don't understand, frankly, the nature of the American political system," Frank said.

He said governing majorities require two elections to assemble, but he said Republicans won congressional midterm elections in 2010 and 2014 because too many Democratic voters sat out to punish President Barack Obama for failing to quickly accomplish everything they'd hoped.

"That's why we have gridlock, and I think what you have is, frankly, people that don't understand that, and it is a case of people blaming a 'system' when the system is simply the accumulation of their own behavior," Frank said.

Sanders and Trump have captured the support of many Americans who don't typically vote but are now angry that the political system doesn't work for them, but Frank said those voters should blame themselves.

"People are reluctant to blame themselves," Frank said. "People like to find somebody else to blame, so they're now saying, 'See, Sanders pointed out it's that system's fault,' and I think that's unfortunate."

He said general election polls were a perfect example of this lack of understanding.

"If you look at the final election polls, Sanders does better than (Hillary) Clinton," Frank said. "(There's) a very simple reason for that: All of the Clinton people asked say they'll vote for Sanders. Because of this kind of lack of information and, I think, misunderstanding of how you really get change done in America, a large chunk -- a third, I saw recently quoted -- say they won't vote for Clinton. That's why he does better now."

Frank said Sanders' criticism of Clinton demonstrated a fundamental lack of understanding of her role in the Obama administration.

He predicted that Sanders supporters would turn out to vote against Trump or Sen. Ted Cruz in November, but he suggested they wouldn't vote again in two years.

"You have people who, I believe, do not understand how hard it is to make change, the importance of not just being idealistic but being sensibly pragmatic about it and keep your ideals -- and Sanders is getting their support," Frank said.