Bill Maher calls for taxes on all religions: Why should I subsidize 'a homophobic magic act'? 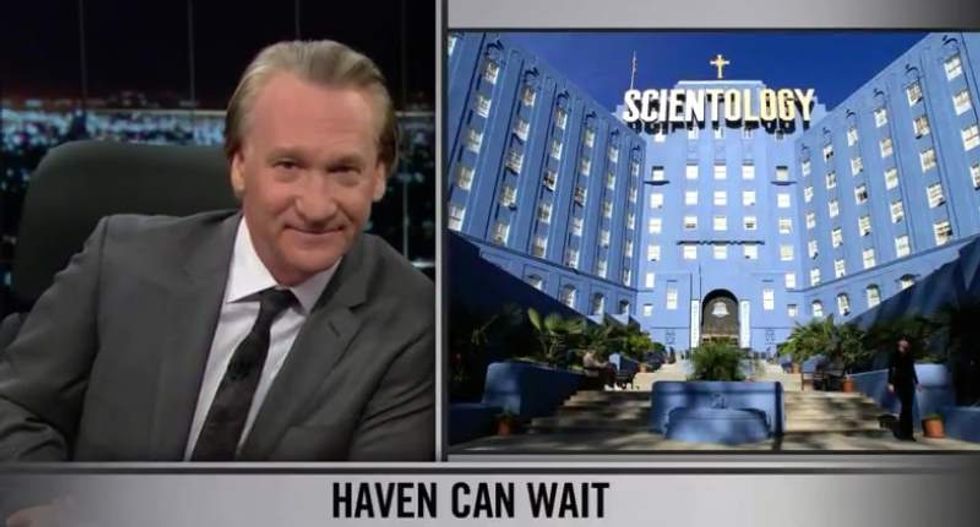 Bill Maher closed out Friday's Real Time by calling for the US to crack down on not only corporations that get away without paying any taxes, but religious institutions.

"Why, in heaven's name, don't we tax religion?" he asked. "A sexist, homophobic magic act that's been used to justify everything from genital mutilation to genocide. You want to raise the tax on tobacco so kids don't get cancer, OK. But let's put one on Sunday school so they don't get stupid."

The fact that even a small religion like Scientology can own billions of real estate tax-free, Maher said, made him "hopping mad." He also raised the point that religious participation in the US has declined to the point that 22 percent of Americans now identify as atheists or agnostic.

"Almost a quarter of us are being forced to subsidize a myth that we're not buying into. Why am I subsidizing their Sunday morning hobby? They don't subsidize mine," he protested, before showing a picture of himself near a bong.

Among young people, Maher said, 35 percent "want nothing to do with religion" while the rest "worship an ancient Jew born over 2,000 years ago -- Bernie Sanders."