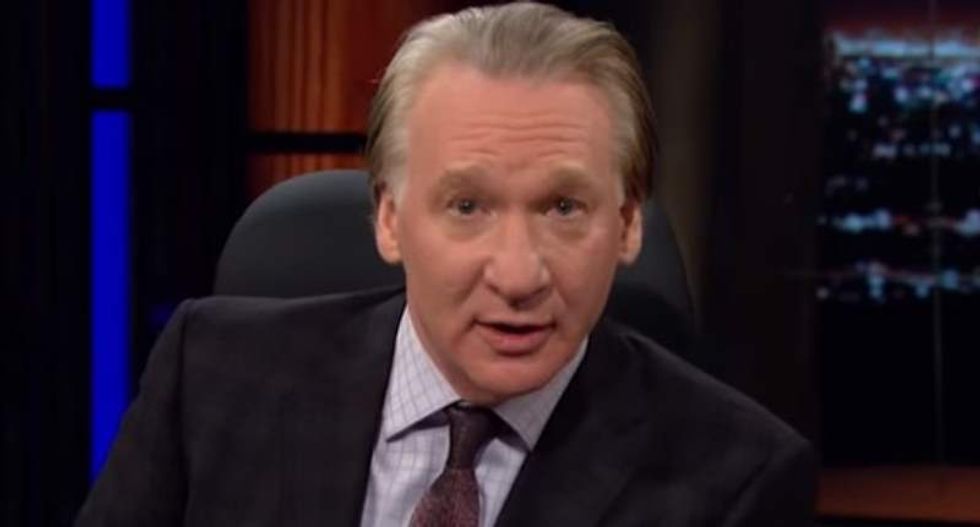 After winning five GOP primaries on Tuesday, the real estate mogul said that Hillary Clinton would not get 5 percent of the vote if she were a man, arguing that all she had to play was "the woman card."

Republican pollster Kellyanne Conway -- who identified herself as a supporter of Sen. Ted Cruz (R-TX) -- responded by saying that the remark was Trump's way of putting Clinton "on notice" that she should not take womens' votes for granted.

"Hillary Clinton's having a hard time getting these young women in the Democratic primaries," Conway said. "They're voting for Bernie Sanders, so why is that? If it were just as simple as, 'I'm pro-choice' or 'I'm for pay inequality' she'd be running away with it, Bill, she would be the nominee."

"So she's not just playing the 'woman card,'" director Rob Reiner interjected. Minutes later, he tore into Trump, saying "everything that comes out of his mouth is moronic to the Nth degree."

"But it's authentic," Maher noted.

"He is authentically moronic, yes," Reiner said in agreement.

Maher went even further, saying that if Trump were a woman, or a black man, he would have been forced out of the race months ago.