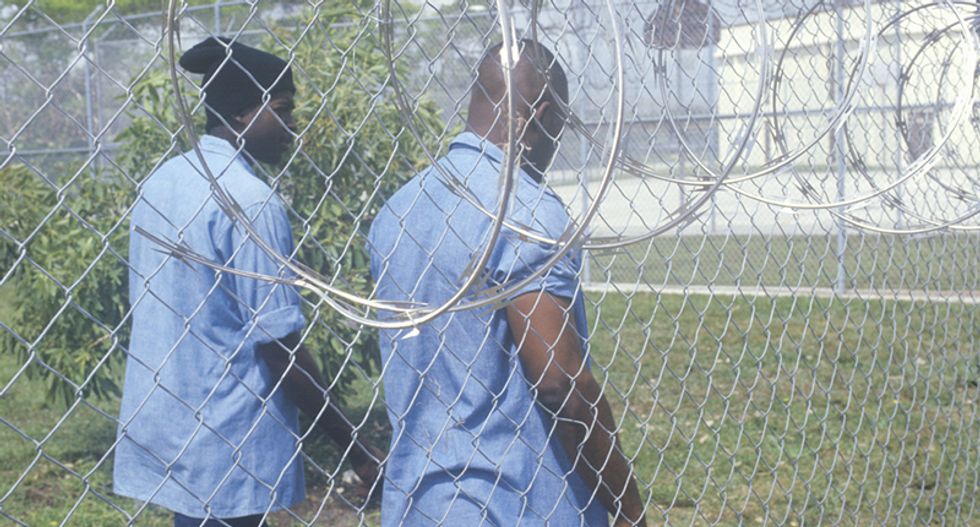 (Editor's note: An earlier version of this story stated that Patrick Joseph Brown was black. We have been unable to confirm that.)

Patrick Joseph Brown was arrested on a misdemeanor theft charge for stealing a guitar but in less than two days he lay dead on the Harris County Texas Jail floor. Brown had no violent criminal history but his bail was set at $3,000 nonetheless and he was thrown behind bars.

The Sheriff's office spokesperson says it was cellmates Curtis Maxwell and Ebenezer Nah who beat Brown to death, according to the Houston Press. He also said that prison guards are supposed to check the cells once every 15 minutes and there is one guard for every 48 inmates. Each cell contains 20 inmates.

The problem beyond Brown's death is that Harris County Jail is one of the worst places a poor person can be put in jail. Since 1979, Harris County has had a set of bail amounts already outlined so that people arrested can immediately be released. In most cases a judge would evaluate someone accused of a crime and set a bail amount based on the person and his or her situation. In Harris County, they look at a chart and there are no exceptions. So, Brown could have been released if he had the money. If a person doesn't, even if he or she is a non-violent offender, they'll still likely be sitting in the clink until your trial date.

Despite being required to check cells every 15 minutes, Harris County Jail is known for its unfortunate treatment of those being held for lack of bail money. Last year the Houston Chronical did a detailed expose on the Harris County Jail after one diabetic man was booked without his insulin. He vomited dozens of times before he eventually passed out three days later. Norman Hicks Sr. died because he didn't receive medical attention after a guard hit him and failed to report the incident. Another man in the Harris County Jail was arrested because he spent too much time visiting with his children during his scheduled visitation. Three days later officers in riot gear invaded his cell and smothered him to death after accusing him of creating a weapon from a smoke detector.