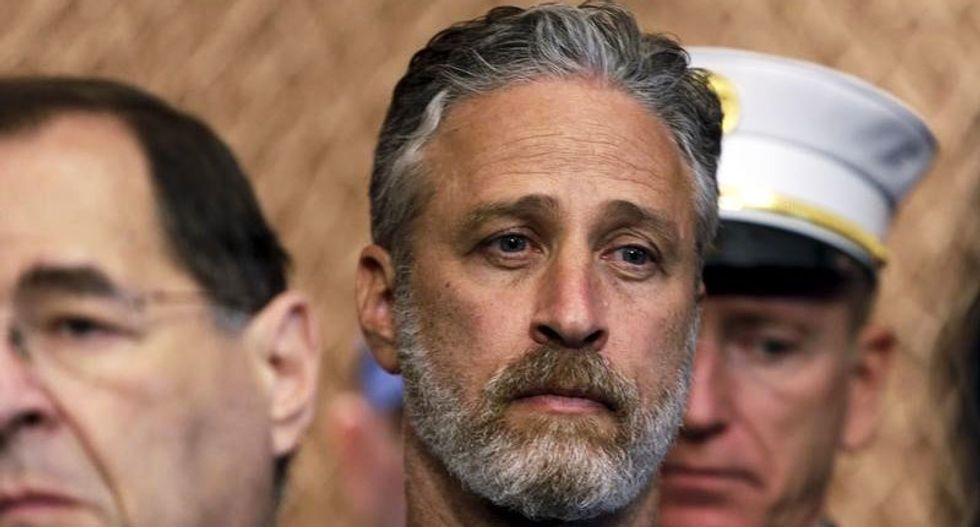 Comedian/director Jon Stewart (C) listens during at an event to urge U.S. lawmakers to re-authorize the Zadroga Bill at the U.S. Capitol in Washington September 16, 2015. REUTERS/Gary Cameron

A bull that bolted on its death march to a New York City slaughterhouse and was rescued with the help of comedian Jon Stewart will find out soon there is a price for freedom.

The Angus bull that escaped on Friday, and whose life was spared when animal lover Stewart stepped in, will be castrated so that he can live safely with other cattle on a 175-acre shelter run by Farm Sanctuary in the upstate New York village of Watkins Glen, the sanctuary's national shelter director, said on Saturday.

"He's a bulky boy. If they are not neutered, you run the risk of them breaking into the herd, hurting someone," she said.

Becoming a steer seems to be a better fate than the alternative the bull faced when he broke free on his way into a Queens slaughterhouse on Friday morning and fled.

The bull rampaged through the nearby campus of York College, where New York City police armed with tranquilizer guns shot him with two darts and brought him to the ground, said Officer Sophia Mason, an NYPD spokeswoman.

The bull was transported to Animal Care and Control in Brooklyn, which contacted Farm Sanctuary, which in turn reached out to Tracey McShane and her husband, the former host of "The Daily Show" on Comedy Central. The Stewarts nicknamed the bull "Frank Lee" for Frank Lee Morris, who escaped Alcatraz prison in 1962.

Stewart drove his livestock trailer to Brooklyn and, after hand-feeding hay to the distraught bull to calm him, drove the animal to New Jersey to be loaded onto another trailer and driven to upstate New York.

The bull was being examined on Saturday at a Cornell University veterinary hospital to be sure he was healthy enough to undergo the procedure that will allow him to live out his days with the other steers in Watkins Glen.

"This guy is going to have a perfect life. He'll be running with friends and head-butting with the boys," Coston said.

The bull is the second bovine since January to escape a New York City butchery - along with a goat - and to win its freedom, the NYPD said.