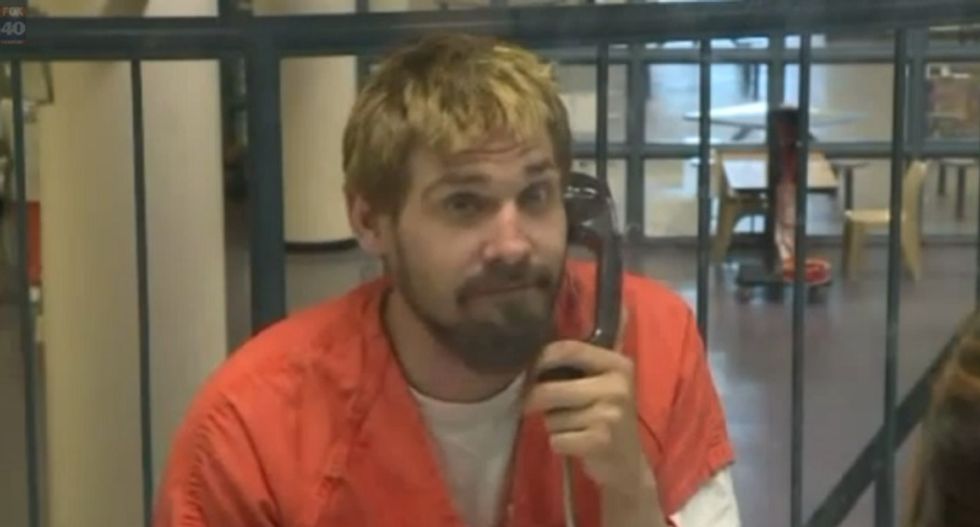 A man accused of killing his grandfather coldly admitted to the crime Friday in a jailhouse interview with KTXL.

The suspect, Richard Robinson, 25, of the Northern California city of Stockton, is accused of stabbing to death his grandfather, Kirby Robinson, 87. He is also accused of murdering a 44 year-old-homeless man. He is being held at Sacramento County Jail.

"Uhh, beat him stabbed him," Robinson said into the jail's visitor phone.

The day before the crimes, he said, he had thought about stabbing someone.

When asked how he felt after killing the two men, Robinson said he felt "euphoric."

He also said he committed the crimes because "I wanted to."

He is accused of murdering his grandfather then taking the elderly man's truck and driving to a Denny's restaurant, where he then killed a complete stranger. The second victim has not yet been identified by media reports.

Robinson said he initially went to his grandfather's house to steal, but the attack wasn't planned. He admitted to having used methamphetamine in the past and having mental health issues.

He seemed casual when asked how he feels about his likely future of being behind bars for many years.

"Not much really, just how much time I have to do."

Watch the report, from Fox40, as posted here: